The world could soon welcome a Samsung Galaxy smartphone with an AMD Radeon GPUs, a tandem that could possibly keep up with Apple’s powerful A13 chip.

Samsung and AMD first announced their partnership last year. Sadly, people really didn’t hear much about the tandem in the succeeding months. But that is all about to change because a new Samsung Galaxy leak has revealed the fruit of Samsung and AMD’s labor.

The partnership between Samsung and AMD has allowed the latter’s graphics to be used on mobile devices such as smartphones.

Twitter user @Kaz9837 caught wind of Samsung’s first public testing of the RDNA GPU. Apparently, the developers had used the GFXBench to test out the new chip’s performance, and the results are jaw-dropping.

The report shows off-screen results for both the Manhattan 3.1 and the Aztech (at high and normal settings). When compared with the Adreno 650 GPU, which is a component of the Snapdragon 865 chip Samsung currently uses, the difference is astounding.

In the Manhattan test, the RDNA GPU scored at 181.8 frames-per-second (fps) while the Snapdragon 865’s Adreno 650 hits at only 123 fps. There is a noticeable 48% increase in the RDNA chip’s performance. 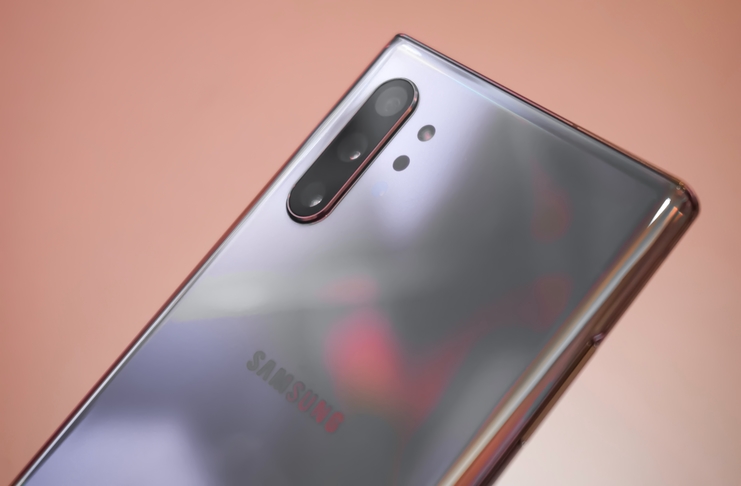 The Adreno 650 is a component of Qualcomm’s Snapdragon 865, and as indicated above, there is no competition. The RDNA chip is more powerful than the Snapdragon 865.

Those figures are only the results of initial testing. However, the RDNA GPU could already wipe the floor with Apple’s A13 chip. The A13 is said to be the industry’s most powerful processor to date. Who knows just how powerful the RDNA chip will be when it is released and how it would compare to the rumored A14 chip.

Surely, the RDNA chip will put Samsung Galaxy smartphones on an even playing field with Apple’s iPhone.

Many have compared it to the Snapdragon 865 variant, which performed well beyond expectations. Because of this, Samsung felt a bit humiliated with the failure of their Exynos chip and is now believed to be working on an upgraded version, the Exynos 992.

The Samsung Galaxy Note 20 would probably come with this new and improved Exynos chip. However, with the company’s partnership with AMD, it wouldn’t be surprising to see the Exynos 1000 with AMD graphics.

If all goes well, the world would see the Exynos 1000 in 2021 for the future generations of Samsung Galaxy.

Ben Affleck worried he could relapse while filming in Ireland, has...

Here’s how you can upgrade your PS4 game to the PS5...