Samsung Galaxy Store and TRON now have a dedicated section where decentralized applications built on TRON’s blockchain can be accessed by its Samsung smartphone users.

According to the announcement, this is the first blockchain project to have been featured in “one of the largest app stores in the world.”

They are hoping that more users will be able to “experience the next generation of blockchain-based applications” through their phones.

#TRON is now the first blockchain project to have a dedicated section in the #Samsung Galaxy store. Play TRON DApps like @BlockchainCutie, @meerkatmining, Timeloop, and @superplayerme directly from your Samsung mobile devices. @justinsuntron @samsung_dev pic.twitter.com/eHQpkhBzeT

TRON’s history of partnership with Samsung

This recent breakthrough in their partnership with Samsung follows their initial effort to continuously integrate TRON in mobile devices since October 2019.

Their first project together was the software development kit (SDK) that enabled users to connect with the TRON blockchain through their devices. 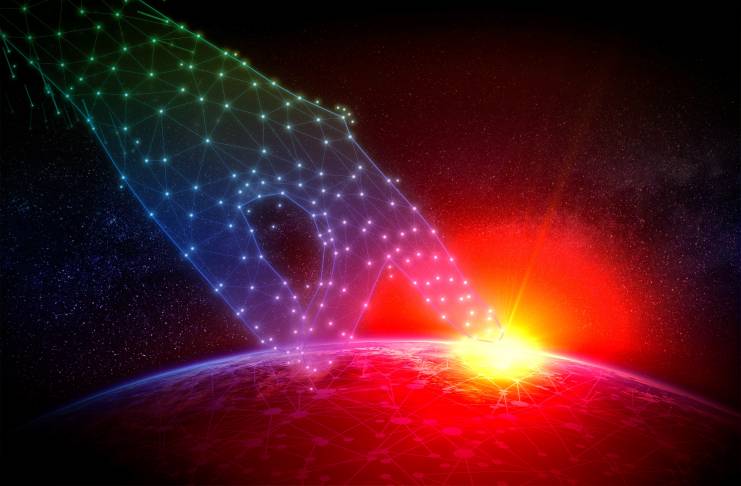 Some of the applications featured in the Samsung Galaxy Store are popular TRON decentralized applications, such as the following:

More applications are lined-up to be added to the Samsung Galaxy Store.

Justin Sun, the founder of TRON, said that they enjoyed working with Samsung in making blockchain applications more accessible through mobile devices.

Sun adds that this endeavor will promote the integration of blockchain and smartphone ecosystem together. According to Sun:

“This is an incredible opportunity for developers to migrate and build on the TRON platform and put their applications in front of Samsung users.”

The decentralized applications that can be accessed through Samsung’s mobile devices are only available in those that have built-in cryptocurrency wallets. Samsung’s wallet supports Tron (TRX), Ethereum (ETH), and Bitcoin (BTC).

There have been reports since last year that Samsung has been planning to integrate cryptocurrency wallets to more Galaxy smartphones, as well as expanding their services to other major countries.

According to Chae Won-cheol, senior managing director of the Product Strategy Team at Samsung (translated from Korean):

“We will lower barriers to new experiences by gradually expanding the number of Galaxy models that support blockchain functions. We will also expand our service target countries after Korea, the United States and Canada.”

This development seems like a step forward in Samsung’s foray into the blockchain realm.

TRON is a blockchain platform that aims to support a free and borderless exchange of digital content through distributed storage technology. This innovation helps ease the sharing of digital information in a cost-effective manner.

TRON uses the blockchain to bridge the gap between content creators and their audience without having to go through producers, managers, or other middlemen.

The partnership between Samsung and TRON is expected to bolster its adoption towards more smartphone users. And with the expected addition of cryptocurrency wallets to even budget Galaxy phones, TRON stands to benefit in terms of expanded access.