Samsung’s own UK website just leaked the Galaxy Z Fold 2 price, and it is £1,799, about £100 cheaper than last year’s Galaxy Fold. The phone comes in one storage size and two colors: Mystic Bronze and Mystic Black.

According to Samsung, Galaxy Z Fold 2 is set to get an official announcement at the Unpacked Part 2 virtual event on Sept. 1. The foldable phone debuted alongside the Galaxy Note 20 series earlier this month.

Even though the Korean tech giant didn’t reveal the key specifications of Galaxy Z Fold 2, we already know a little vital information about it. And today, the price is about to be revealed even before its official launch.

Samsung’s very own UK retail site has now been spotted spilling the beans on prices and shipments of the Galaxy Z Fold 2. And according to the press release, the smartphone will be cheaper than the original Galaxy Fold.

As reported by Android Authority, the price of the Galaxy Z Fold 2 is £1,799, about £100 cheaper than last year’s Galaxy Fold. For those buyers from the United States, relax, Samsung claims they will also release the USD price of the device soon.

It is doubtful Samsung would charge $2,375 for the Galaxy Z Fold 2. Judging from the pricing of the Galaxy Note 20 series, the Samsung Galaxy Z Fold 2 price in the US will likely be $1,899, which would also be roughly $100 cheaper than the original Fold.

A listing from Samsung’s UK retail site briefly put the Galaxy Z Fold 2 on pre-orders that suggested its price and shipment details. While the pre-order option was pulled at the time of filing this story, some Twitter users were able to order the phone by paying for its listed pricing through PayPal. 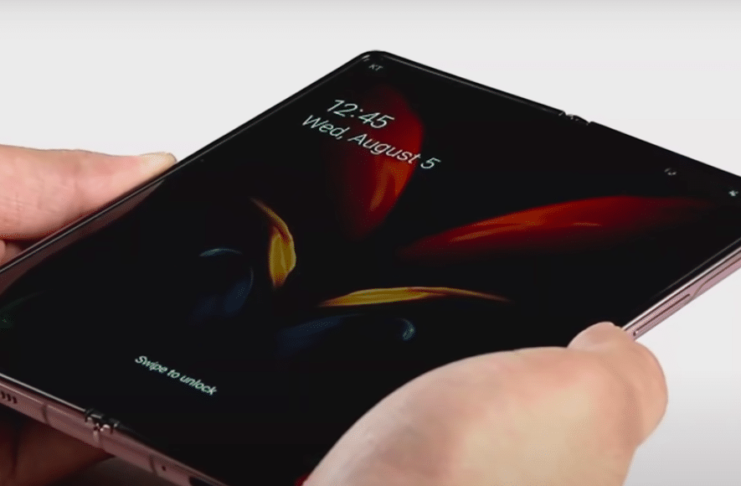 Samsung has already shown off the Galaxy Z Fold 2 with its large, Infinity-O Display panels and highlighted Ultra-Thin Glass (UTG) protection. The company also revealed that the phone would come with a 120Hz refresh rate and include a 4,500mAh Dual Intelligent Battery.

Furthermore, it has been confirmed that it will come with 5G support. This is an excellent feature since almost all smartphones from the competitors are releasing 5G enabled phones.

Besides the price, the listing leaked today also shows that the Galaxy Z Fold 2 will have just one storage variant. The only available storage that will be released by Samsung is a smartphone with a 256GB capacity.