The new Samsung patents emerged, suggesting a transparent smartphone could be in the works. It was filed in January but only surfaced in August.

Just last month, Samsung announced a series of new Galaxy products. The very famous smartphones Galaxy Z Flip 5G and the Galaxy Z Fold 2. The Galaxy S20 and Note 20 series are also remarkable, together with the Tab S7 and S7 Plus tablets.

Not just mobile and tablet devices, there are also a series of accessories such as the Watch 3 smartwatch and Galaxy Buds Live earbuds—one by one high-end device packed with technological innovations.

The tech giant is not over yet. There are still rumors circulating the market that Samsung is currently developing a transparent smartphone.

Samsung has filed patents for a transparent smartphone

In January 2020, Samsung Electronics filed a utility patent with the USPTO (United States Patent and Trademark Office) and WIPO (World Intellectual Property Office). The patent was published on Aug. 27, 2020, and describes the technology needed to create a transparent smartphone.

Alternatively, the technology could also apply to other consumer electronics products, such as a TV, monitor, laptop, game console, and camera. As reported by Android Authority, the patents, which were filed in January but only surfaced in August, describe the complicated steps and technologies required to create a transparent phone. 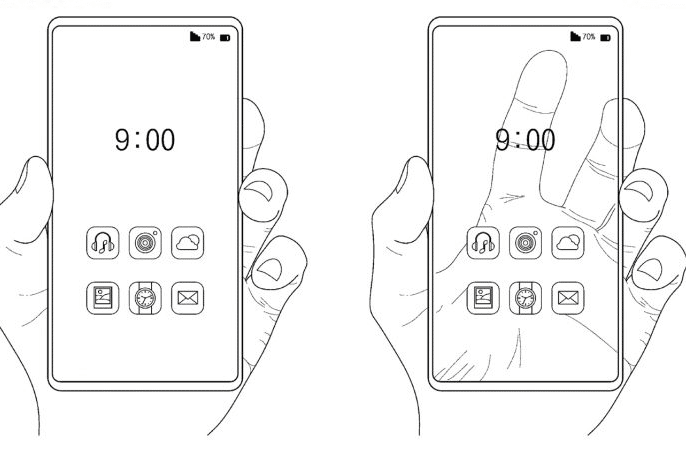 Each pixel on the display of the said smartphone would allow light to pass through it, effectively rendering the screen transparent. Based on Samsung’s patent drawings, that transparent screen resembles a window through which the holder’s hand can be seen. Only the bezels seem to be opaque and covered.

Will this be the first-ever transparent phone?

If this will push through, it will not be the first-ever transparent phone in the market. LG had a crack in 2009 with the GD900, but it only featured a transparent keypad. Sony Ericsson followed up with the Xperia Pureness, which, to its credit, did feature a transparent display.

Samsung has developed transparent OLED displays in the past. However, these were mainly used for signage. In a smartphone, where space for hardware is limited, the tech gets a little more complicated.

The Chinese smartphone manufacturer Xiaomi also regularly releases Transparent Editions. These devices include the recently introduced Xiaomi Mi 10 Ultra smartphone. However, only the back portion of these mobile devices is transparent and not the whole house.

Paris Hilton gives up ultimate dream for something realistic

Kanye West slammed on Twitter after peeing on his Grammy award