Home Technology Mobile Samsung One UI 2.0: the good and the bad

Samsung recently rolled out the Samsung One UI 2.0 on its Galaxy Tab S6 lite, and leaks revealed that it might come to the Galaxy Note 9 soon.

The One UI 2.0 is Samsung’s latest software for mobile devices based on Android 10.

Samsung drew flak back then due to its bloatware-filled and buggy interface called Touchwiz. It is full of duplicate apps and some of it hogs memory too much which leads to a sluggish experience.

Back in 2018, Samsung let go of TouchWiz and introduced the Samsung One UI 2.0 during its launch of the Galaxy S10 series. It was part of Samsung’s goal to create “perfect harmony” between its hardware and software.

The One UI is currently available on all models released since 2018. But, is it still as bad as the TouchWiz, or is it as smooth as Vanilla Android?

Here are some of the good features of One UI 2.0.

Screen recording back then is only possible through a third-party app. Some apps are great, while some are shady so picking the right one is sometimes tough.

Samsung’s implementation of the screen recording feature is great as it included system audio. It also has a draw-on-screen feature, as well as, front camera recording.

The control panel for the screen recording might seem huge, but it does not appear on the final output, which is a neat feature.

One feature added when Android 10 was released was the navigation bar update. Samsung included the feature on its One UI 2.0 and adds the option to choose between the One UI 2.0 gestures, classic three-button navigation, or the new Android 10 gestures.

The navigation bar option is great but it does not work for users with third-party launchers like Nova. So for someone who wants to stick with their own launcher of choice, they will have to stick with One UI for a while. Unless Samsung releases an update soon.

For users who call a lot, the Phone app on One UI has been updated to display different incoming call options. The choices are full-screen alerts, pop-up notification similar to stock Android, and tiny floating pop-ups.

There is also an option that allows a pop-up head similar to Facebook Messenger, which is convenient when working with a different app.

Samsung’s Night mode is now called Dark mode. Besides shifting to a dark background, the new dark mode darkens the wallpaper as well to make it easier to the eyes.

For the earlier One UI 1.0, Dark mode is only allowed on Samsung apps with exceptions to apps that require permissions. When Android 10 rolled out, it introduced a system-wide Dark mode that allows the majority of the apps installed to adapt to the darkened screen.

The new Dark mode also allows the user to schedule when the mode activates. This allows the screen to turn dark when the sunsets, or depending on the scheduled time by the user. 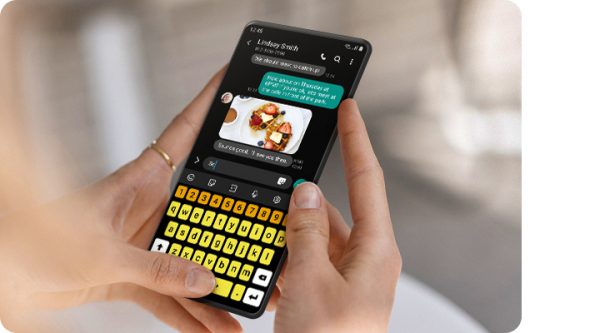 This update is very minor to some but might be useful for some people as well. Back in One UI 1.0, Samsung allows one application to have its own shortcut on the lock screen, which is nice if the user has one app that is mostly used.

On the other hand, the do not disturb shortcut is useful for people who are in school, or in  meetings, or in situations where they need to put the phone on silent mode. This means no more additional touches on the volume rocker to keep the phone silent.

The camera UI has been updated once again and it is for the worse. Unlike before, the camera modes are now hidden in the “More” section of the cameras UI. It may be reverted back to the old look but it is another extra work, which contradicts One UI’s goal of ease of use.

One thing is added inside the camera app that makes it better. When zooming in manually, there is now a shortcut for 0.5x, 1.0x, 2.0x and 10x zoom and it helps when switching from one mode to another.

Software-wise, Samsung is still stuck on its quirky animations and folders. It is not ugly, it just feels too much and gets tiresome after some time. Navigating the Settings menu to change one setting sometimes takes a lot of steps and when compared to other Android skins, is already available on one click.

The One UI 2.0 is great, but it still needs improvement. Compared to TouchWiz, it has improved a lot. The software looks cleaner and the experience is snappier.

Transitions are also better. It is not the best Android implementation yet, but it is getting there.

Reason why Insomniac Games have to recast Peter Parker in PS5’s...

Katie Holmes refuses to have over-the-top wedding to Emilio Vitolo like...