The Ascent marks fledgling developer Neon Giant’s first project and is an Xbox-exclusive that will be included in the Xbox Series X’s fall launch roster.

Microsoft revealed a teaser of the game during its recent Inside Xbox Livestream event, alongside various other upcoming titles. Further footage has since been released in the form of a 12-minute Alpha-stage gameplay video.

Your entire world belongs to one corporation: The Ascent Group. Can you survive its collapse? Prepare to face chaos in The Ascent, exclusively for the Xbox Series X. #InsideXbox @CurveDigital @NeonGiantGameshttps://t.co/Ju18b30yP4 pic.twitter.com/yw1FO598oC

The world of Veles

The game is set in the cyberpunk world of Veles on an arcology that belongs to a massive corporation known as The Ascent Group. They have enslaved players and countless others from all across the galaxy to do their bidding.

Players will fill the shoes of a worker whose task is to get the job done, big or small, no matter what it takes. 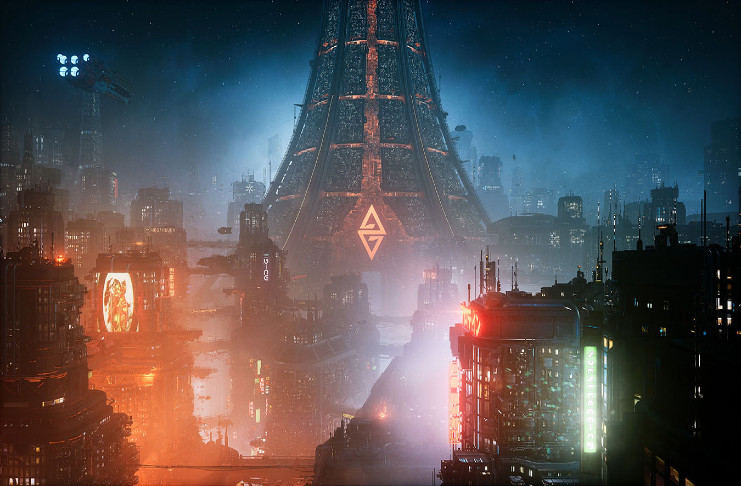 While running the usual run-of-the-mill errands, a series of disastrous events lead to the shut down of The Ascent Group due to reasons unknown, leaving the world in shambles.

Panic is widespread as the masses are left in disarray without the corporation’s control.

It’s up to the player to keep guerrilla factions, rival corporations, and the corrupted security system at bay while they figure out just what caused The Ascent Group’s collapse.

Not your typical looter shooter

Most looters shooters come in the form of first-person titles like the Borderlands and Destiny franchises, or third-person shoot ’em ups such as The Division and Remnants: From the Ashes. The Ascent, on the other hand, is planning to do this a little differently.

Judging from what was shown off in the gameplay footage, the game will feature a fixed isometric camera akin to the PlayStation 4-exclusive Alienation.

Moreover, The Ascent looks to be a twin-stick shooter as well. This means players independently control their character’s movement with the left analog stick and aim with the right, allowing them to move in one direction while firing in another.

Neon Giant also promises deep customization and augmentation systems that will allow gamers to outfit themselves in a way that suits their play-style, whether its aggressive run-and-gun, surgical precision or somewhere in between.

While it wasn’t shown off during the gameplay trailer, the game will likely feature traditional role-playing game (RPG) elements such as leveling up and unlocking new skills and abilities.

Players will be given the choice to fly solo for the entire game or recruit up to three friends to tackle the campaign together in local or online co-op.

The Ascent will be exclusive to the Xbox One and upcoming Xbox Series X, though it wouldn’t be farfetched for the game to find its way to PC at some point.

Images [1] and [2] courtesy of The Ascent/Xbox.com