A growing body of studies shows that wildlife destruction prompts pandemics, and will likely continue threatening the lives of humans in the future if not stopped.

The emergence of COVID-19 disease has put environmental and wildlife destruction issues under the limelight again.

This led scientists to discuss and warn the whole world about the repercussions of biodiversity loss—more deadly pandemics in the future.

The COVID-19 disease, which was born from the virus SARS-CoV-2, is the latest pandemic linked to environmental degradation which had resulted in the spread of animal-borne coronavirus.

But according to experts, if not because of habitat eradication, the probability of such a disease to reach humans is low.

“When you cut down trees and destroy the forest, you eliminate the natural environment of some species,” Roger Frutos of the University of Montpellier explained.

The infectious diseases researcher also emphasized that after destroying their homes, wild species do not just appear.  Such repercussion leads them to find new shelters that are closer to us.

To simply put it, it is the human beings that invite these animals to spread deadly viruses down to others.

“We instead build a patchwork, a mosaic of their environment that is closer to ours, with houses that draw insects or sheds where bats can rest and find shelter.”

COVID-19 may originate from a horseshoe bat

The biggest theory since the start of the coronavirus spread is that it may have originated from bats. Such assumptions led to scrutinizing China’s wet markets as well as the Asian country’s illegal wildlife trade. 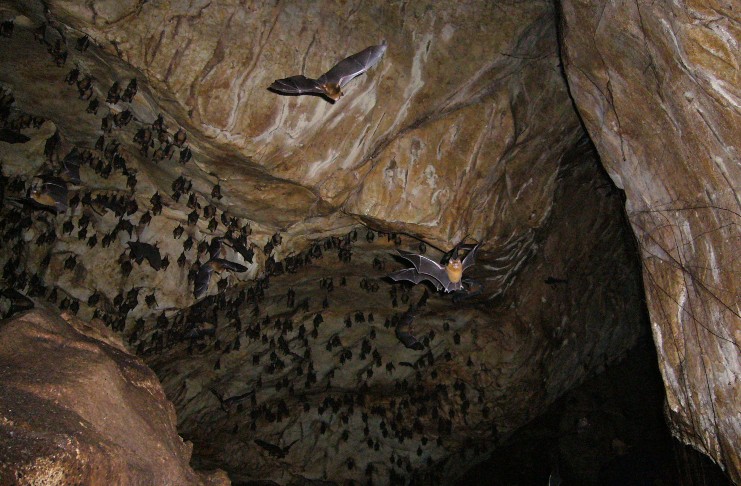 A growing body of research has found pieces of evidence that point bats as the source of the SARS-CoV-2.  Researchers also discovered that bats naturally host thousands of viruses.

Based on a study published in Oxford Academic, bats contain a total of 3,000 strains of coronaviruses and that all are possible to be transmitted to humans.

The possibility of these aloof, always-hidden, winged-creatures to transmit viruses directly to humans, on a positive note, is low. According to scientists, the virus likely originated from a horseshoe bat that was passed down to a domesticated animal.

Experts have also pointed out the problem caused by land conversions such as deforestation and wildlife destruction. According to them, it causes bats to leave the forest and therefore increases their chance to expose humans with the virus.

“Humans destroy the bats’ natural environment, and then we give them alternatives. Some adapt to an anthropomorphized environment, in which varied species cross that would not cross in the wild.”

Such instances are typically popular with bats as they are attracted to fruit orchards, lamplights, and insects.

Coronavirus pandemic as a wakeup call

The continuous proliferation of coronavirus across the globe, which has killed hundreds and thousands already, is indeed a serious matter and should not be used as a redemption call.

Still, according to the director of the Institute for Human Infections and Immunity Scott Weaver, humans must see how these instances revealed the things that require attention.

“Preserving habitats for wildlife and preserving our world is a human health issue,” he said.

He also mentioned how undervaluing public health and scientific information led to the emergence of COVID-19, particularly when making political decisions.

Roger Frutos, on his soon-to-be-published paper Frontiers in Medicine, on the other hand, discussed why the public should not fear the wild.

He, along with his co-authors, argued that the key to keeping epidemics under control is to acknowledge how human activities prompt the transmission of animal-borne viruses.