Rare has announced that Sea of Thieves is sailing to Steam soon two years after it was released by Microsoft exclusively.

Sea of Thieves is out for quite a while now, and it was exclusive for the Xbox One. The release date was not yet announced, but the Steam store page is already up and running.

Anchor up, sails down and full @Steam ahead!

While we don’t have a date to share just yet, we’re thrilled to announce that Sea of Thieves is coming to Steam soon! You can wishlist it now so that you’re ready to add it to your hoard as soon as possible: https://t.co/WE0JplLmVt pic.twitter.com/7etQCIm20M

“We’re genuinely thrilled to bring Sea of Thieves to Steam, and look forward to welcoming the Steam community to our game so we can share a grog and a shanty together and hear the tales of their adventures,” said Craig Duncan, Rare Games studio head.

One feature that will surely delight Xbox owners is the availability of cross-platform play. This means that friends or users that have the game but are using a different platform will still be able to play. This is a breath of fresh air because most of the developers lock their games to one specific platform without giving the option to play with another device.

Sea of Thieves was not a breakthrough game when it was released. But, last year, PCGamer.com awarded the game the ‘Best On-going game’ award. The website noted that the Sea of Thieves lived up to the expectations after countless updates, new patches, and added features. 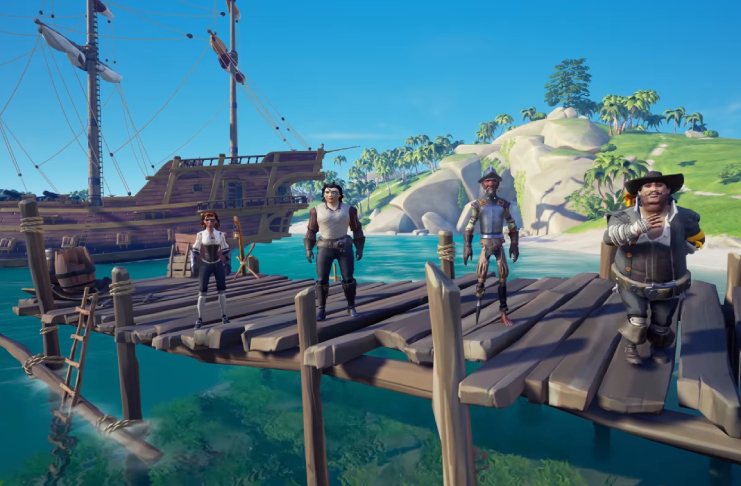 As part of Microsoft’s move to bring their presence on the PC platform stronger, the company has announced that it has partnered with Steam in bringing their game catalog. Sea of Thieves is just one of the many exclusives that it will bring.

“We believe you should have a choice in where you buy your PC games,” said Phil Spencer, the executive vice president of gaming at Microsoft.

The first one to arrive on steam will be Halo: The Master Chief Collection. As of the moment, there are 20 Xbox games that will be transferred on Steam. Gear 5, Age of Empires I, II & III: Definitive Editions will follow suit after.

Spencer also added, “we know millions of PC gamers trust Steam as a great source to buy PC games and we’ve heard the feedback that PC gamers would like choices. We also know that there are other stores on PC, and we are working to enable more choices in which store you can find our Xbox Game Studios titles in the future.”

Spencer’s statement gives hope that other digital game curators such as Epic Games or Origin will have Xbox exclusive titles on its catalog soon. It’s a win for PC gamers as they will be able to play AAA console games as well as curate their game catalog into one program.