Sega has officially confirmed the existence of the Game Gear Micro, which is sort of a revival of the company’s 8-bit hand-held console, Game Gear, from the 1990s.

The unveiling of the new Game Gear Micro is part of the Japanese video game company’s celebration of its 60th anniversary this year.

And as noted by Kotaku, it appears that the newest console from Sega is going to hit stores in Japan on October 10 for a price of about US$45.

For those interested in getting their hands on the micro gaming device, know that it will be made available in four color options: black, red, blue, and yellow.

All the small things

It is safe to say that Sega’s new Game Gear Micro does live up to its name. Its size comes at a pretty tiny 80 millimeters by 43 millimeters, and its screen only measures 1.15 inches.

As far as the power supply is concerned, users can either get a pair of AAA batteries to power the whole thing or just use any spare micro USB cable. 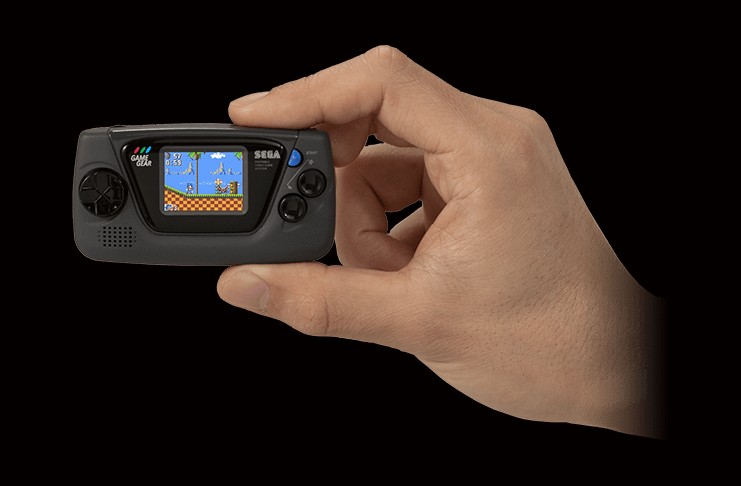 Interestingly, each color version has its own set of four games. For the black version, it has Outrun, Puyo Puyo 2, Royal Stone, and Sonic the Hedgehog.

Last but not the least is the yellow version, which comes with a trio of Shining Force games, plus Nazo Puyo: Arle no Roux.

For those who are looking to purchase all four versions, they might be delighted to know that they will also be getting a new version of the Big Window attachment, which should help them navigate the Game Gear Micro’s microscopic display.

Paying homage to the original

Released in 1991, the gaming device only lasted for about six years, with Sega choosing to pull the plug and completely discontinuing the product in 1997.

Many old-time gamers had found the old Game Gear console to be rather cumbersome, a bit bulky, and on top of that, it needed half a dozen AA batteries to work.

In this day and age wherein any device can now fit in your pants’ back pocket, Sega’s new Game Gear Micro is a fun throwback that keeps with the times.