The Williams sisters graced the April 20 episode of Naomi Campbell’s No Filter with Naomi on YouTube Live. As Serena Williams is a known close friend of Meghan Markle, the 49-year-old host tried to squeeze some information about the Sussexes’ move to Los Angeles from her.

However, the legendary tennis player didn’t let herself be caught off guard. She even pretended that she didn’t know the Duchess of Sussex, denying that she knew anything about it.

“Are you happy that your girlfriend’s moved to America?” the 49-year-old star asked the Grand Slam singles titles awardee, per HollywoodLife.

“I don’t know what you’re talking about,” Serena Williams added, not letting herself to spill anything about Prince Harry and Meghan Markle’s move. “Don’t know nothing about that.”

Naomi Campbell once again tried to press the mother-of-one to let the cat out of the bag by reminding her that they are on the west coast, but she didn’t.

“Never seen her. Never heard of her. Don’t know her,” Serena Williams teased. 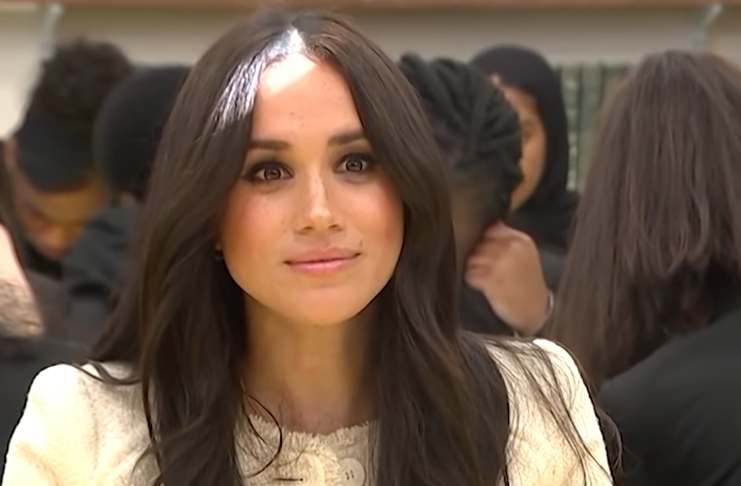 Of course, everything that Alexis Ohanian’s wife said was not true. She and the former actress have been friends for a long while, and Serena and Alexis even attended her royal wedding with Prince Harry in May 2018 in Windsor. Serena also hosted Meghan’s baby shower, according to Harper’s Bazaar.

The former Suits star, on the other hand, also often shows her support to Serena Williams. She regularly watched her matches, like at the U.S. Open.

The former world No. 1 in women’s singles tennis has also been protective of Meghan Markle since the beginning. Talking about the adverse reports about her friend, she said that she doesn’t read anything attached to her name.

“She couldn’t be a better friend to me. Low moments, high moments, she’s always there, and that’s all I want to be to her,” she explained at the 2019 Wimbledon press conference.

Prince Harry and Meghan Markle reportedly moved to California from Canada at the end of March, when they officially stepped down as senior royals. They were even seen delivering groceries to people at risk of the coronavirus outbreak in collaboration with Project Angel Food.

“In many places, volunteers—which are needed now more than ever—are serving incredibly long hours to support others. The couple is grateful for all of those volunteers and inspired by the frontline workers, essential workers, and people everywhere who are committed to responding to the needs of their communities in this crisis,” a source told Bazaar about their work.