Home Entertainment Shiloh Jolie-Pitt planning a tell-all after snapping due to Angelina: rumor

According to Woman’s Day, Shiloh Jolie-Pitt will be speaking up on behalf of her five siblings to tell the world how badly they have been affected by their parents’ divorce. An unnamed source told the tabloid that the 14-year-old has been biting her tongue for such a long time but she’s now ready to speak up. However, no concrete pieces of evidence can confirm that these hearsays are correct as of this writing.

“She’s been biting her tongue for a long time and has been longing to speak out for the last few months. But after Angelina’s recent stunt to try to paint her dad in a bad light, something snapped in her and she really wants to tell everyone just how much she and her siblings miss Brad and want him back in their lives,” the unnamed source said, as per Woman’s Day. 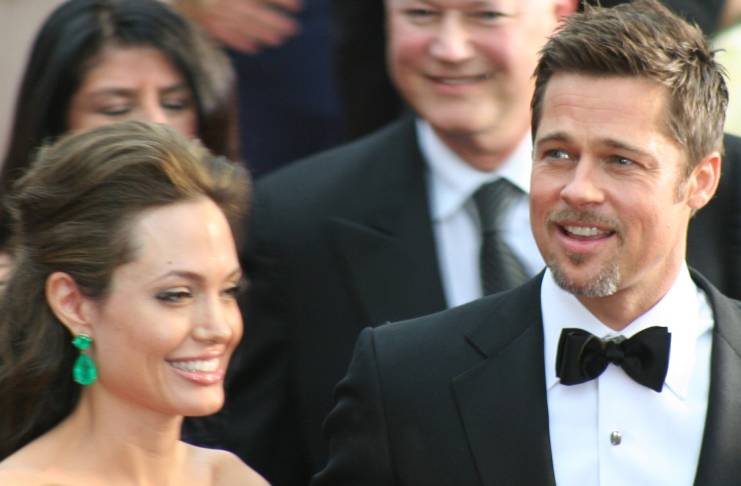 Shiloh Jolie-Pitt allegedly keeping a diary since her parents divorced

The insider also claimed that Shiloh’s tell-all will most likely focus on Jolie’s erratic behavior since she announced her split from Pitt. The teenager will also allegedly share details of Jolie and Pitt’s fiery rows, as well as her and her siblings’ breakdowns.

To make the dubious story about Shiloh Jolie-Pitt more believable, the unnamed source claimed that the youngster has been keeping a diary. Her diary allegedly contains everything that’s happened since her parents divorced.

“Shiloh is hoping that by speaking out, it will make her mom realize just miserable she is,” the source said.

However, one should take the claims made by the tabloid with a grain of salt. Gossip Cop pointed out that Shiloh’s tell-all isn’t true. There’s no way for her to sit down for a tell-all interview or write a tell-all book without the consent of her parents. After all, Shiloh is still a minor.

Shiloh and her siblings may have struggled after Jolie and Pitt split, but there hasn’t been any indication that she was miserable. It is also untrue that she’s upset with Jolie for trying to paint Pitt negatively to the press.

Shiloh has been at the center of several rumors throughout the past couple of months.

In March, Now to Love claimed that Pitt and Jennifer Aniston are adopting a baby sister for Shiloh Jolie-Pitt. However, this claim isn’t true because Pitt and Aniston are not even back together.

‘Fast and Furious’ series will end with 11 films, under Justin...