American singer-songwriter Pink opened up about her ordeal after she and her three-year-old son both tested positive for COVID-19.

In an Instagram Live interview with author Jen Pastilof, Pink revealed that her experience in battling the pandemic disease was very scary. She described it as a rollercoaster wherein one moment they get better but the next thing something comes up.

Pink also mentioned that her son, Jameson, faced brutal symptoms during the infection period. He suffered a three-week fever, vomiting, diarrhea, feeling lethargic and all things that the songstress described as something that really scared her as a mother.

“We have been really, really sick. My 3-year-old, Jameson, has had the worst of it.”

The “Give Me A Reason” singer also revealed that she has asthma and was on a nebulizer for the first time in 30 years. She also made sure to list down both of her and her son’s symptoms to monitor their condition.

Despite being infected, Pink was glad to announce that her husband, Carey Hart, and daughter, Willow, did not contract the virus and are “perfectly fine.”

The 40-year-old singer also opened up in the interview about her access to the test, which is currently an issue because of the shortage in the hospitals. Pink clarified that she was able to get the test through her primary care physician.

Pink added that she completely understood why the public is angry about how only some certain people are able to get the test. She told Pastilof:

“I was lucky enough to get two tests because we were both sick and because I paid money for it. And I think it’s a failure–a complete failure of the government–that we can’t get all tested right now.”

In an Instagram post, she wrote down in the caption about making the testing free and more widely accessible “to protect our children, our families, our friends, and our communities.” 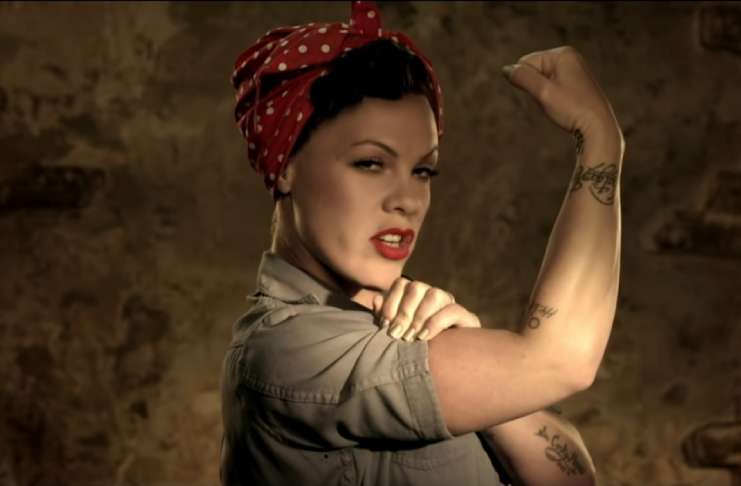 Pink also revealed in the same Instagram post that she is donating $500,000 to the Temple University Hospital Emergency Fund in Philadelphia. It’s the hospital where her mother, Judy Moore, worked for 18 years.

She is also donating the same amount to the City of Los Angeles Mayor’s Emergency COVID-19 Crisis Fund.

Pink and Jameson have, now, recovered and have tested negative from the coronavirus.

Meghan Markle pregnant and in tears during epic fight with Harry:...

Kelly Clarkson has a crush on ‘The Office’ star Craig Robinson:...

Ellen DeGeneres hiring a surrogate to have a baby with Portia...