Home Gaming ‘Skelattack’: Is it the new $20 Nintendo Switch game to try?

The Nintendo Switch port of Skelattack arrived last June 2. It is also available on PC via Steam. But does it play better with the Switch?

Skelattack a side-scrolling platform adventure title wherein the player must save the Underworld.

15 days after its release, here is a quick overview of the game’s features and what to expect when playing the Switch version. 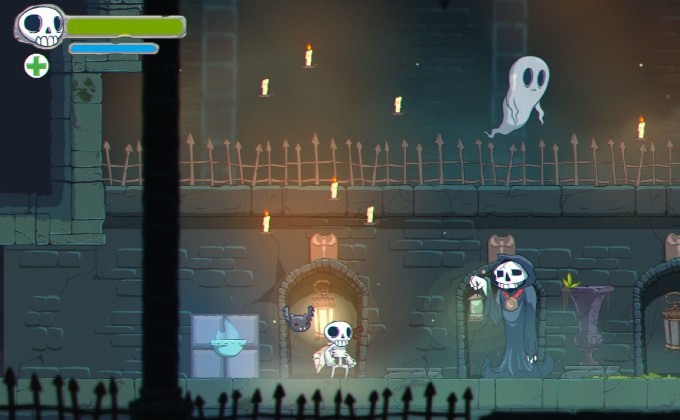 Players shall takeover Skully, the protagonist cadaver tasked to save the Underworld from invading humans.

The game pretty much nails every aspect that a platform game should have. The controls are simple with jumping, swinging, and sword fighting as the movements.

Skully can also double-jump and scale walls. But the controls to execute these moves are not great. It removes the mechanics of running before jumping. The skeleton can easily climb walls by just using the analog stick.

However, just like a skeleton, the movement is not fluid. The control feels heavy at times. If smooth movements are preferred, then this game might seem slow.

The human invaders seem slow and sluggish as well. An invasion means that the enemies should be scattered everywhere. This time, the invaders are concentrated in some areas. It does not evoke the feeling of being invaded at all.

Not so challenging enemies

Besides the scarce enemies, the invaders are weak as well. To be fair, moving through the platforms and figuring it out is very challenging.

But once an enemy spawns, it is similar to having a balloon and poking it with a needle. It dies within a few slashes.

Skelattack has a lot of checkpoints in-game. But, it is not there to prepare you for boss fights or hordes of enemies. It is most likely that these checkpoints will be activated by dying through pop-up one-hit-kill spikes.

Another frustration when dying in-game is a percentage of the gems collected will remain on the death location. It is easy to recover. But it gets tiring as the game progresses.

The game is also inconsistent and defies logic. Spikes can instant kill Skully, yet arrows and swords need a few attacks before dealing enough damage. 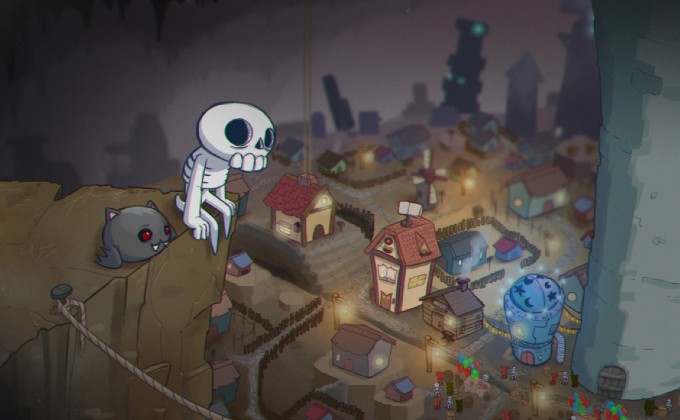 One thing that Skelattack did right is the game’s visuals. The game is pleasing to look at. There is enough distinction between the foreground and the background.

The graphics look something out of the 1990s cartoons. It has a thick line art with a textured look to it. The color palette used in different levels evokes the tone that the game is going to.

However, the game experiences stutter at times. There are occasional frame drops as well. It is not a graphics-intensive game like The Outer Worlds. It is a shame that great aesthetics is hampered by stutters.

Is Skelattack worth buying?

The game is not bad in general. But it has its features that are easily overshadowed by annoying quirks.

Skully is designed well, and the narrative is great. Even the dialogue is fun enough to keep the game going.

However, it feels inconsistent.

Wall jumping adds to the gripe as well. It does feel like it is just a second thought by the developers to add the feature.

This game is short, and for US$20 [AU$29], it might not be worth it. There are lots of games available on the market that can easily surpass the four hours of game time that this title provides. Platform games such as Celeste feels better at a fraction of its price.

The game’s length should not be the basis of a great game. There are titles out there that provide a great experience with only a few hours of gameplay. Unfortunately, Skelattack is not that game.