The Beyond Skyrim project released a Skyrim mods video showing expansions to Roscrea.

In a dev diary, the modders showed of their foray into the northeastern islands. The Roscrea expansion for Beyond Skyrim features unparalleled upgrades.

It explores the volcanic islands inhabited by the Nords from Elder Scrolls. Among many Skyrim mods, this is among the deepest dives ever into the game.

The team of modders of Beyond Skyrim shows off the beauty of the island expansion. The locale is not only rugged and icy, but it also boasts a rustic bellevue. The video revealed Roscrea’s people too, and how they differ from mainlanders.

The Beyond Skyrim project is the work of several modders of Bethesda’s Skyrim. The collective works into creating new zone expansions for the icy continent. Their goal is to expand the continent of Skyrim further to reveal more of the Elder Scrolls world.

The project works on large areas, like the province of Cyrodiil from The Elder Scrolls IV: Oblivion. Every now and then, they also like putting out small islands and lore-friendly locales like Roscrea.

Roscrea is not yet ready for download, but the team has many other releases. For starters, some areas of Cyrodiil are now ready and available on Nexus Mods. These include Bruma and the Ayleid ruins.

These Skyrim mods are even bigger than the official Dragonborn DLC, which says something about the team’s dedication.

Skyrim itself is one of the longest-supported PC games due to its modding community. The game is one of the most modded titles in history, with more than 57,000 mods on the Nexus itself. This number does not include mods from specialized websites and modding forums.

Many of these mods improved on the vanilla Skyrim experience. Many mods improve on the dated graphics of the game, which came out in 2011. Some also add more items and décor in the sparse houses of the cold continent. 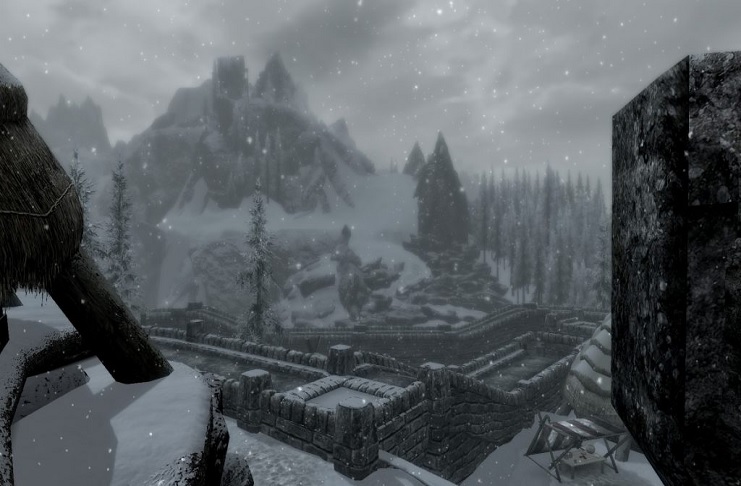 What makes Skyrim one of a kind, however, is its expansive changes. Modders create entire cities, regions, provinces, and even questlines for the game. Beyond the pure quality of life change, the modders expand the game further.

The mod support is so good for Skyrim that it’s the only thing that keeps the game alive. Bethesda now published the game for different consoles due to its extensive mods.

Without Skyrim mods, the game will stay as a bland, generic high-fantasy RPG game. The new Roscrea mod expansion is a testament to the dedication of its entire player base.