Users will be able to collect, trade, and own live in-game moments from NBA history on the new platform.

NBA Top Shot is a joint venture between the NBA, National Basketball Players Association (NBPA), and Dapper Labs, the creator of the massively successful CryptoKitties collectibles game built on the Ethereum blockchain.

Initially, users will be able to acquire blockchain-based digital video clips from some of the league’s most iconic moments, such as a Kevin Durant 3-point shot.

Each digital video clip will have a number to mark it as distinct on the blockchain and users will be able to trade or sell the digital collectibles to others.

However, NBA Top Shot will be more than just collecting historic moments as users will be able to go head-to-head against each other in competition.

Players can create a roster using their digital collections and then compete against each other in online tournaments and leagues on-chain.

NBA Top Shot will launch this fall, but the game portion of the blockchain project will not launch until 2020. 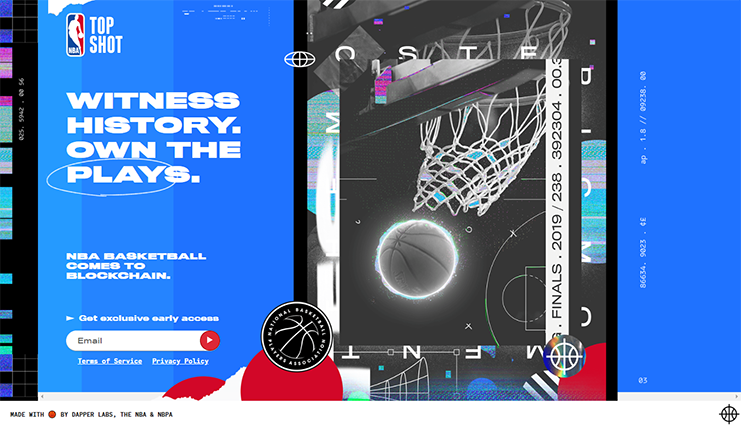 “We believe blockchain technology creates a truly unique product that fans can collect, manage and engage within a fun environment, and we are excited to partner with Dapper Labs to introduce these groundbreaking digital assets to the NBA community,” said Josh Goodstadt, Executive VP of Licensing for THINK450, the commercial arm of the NBPA.

“Dapper Labs’ innovation and expertise make them a perfect partner to introduce this groundbreaking game and what we believe will become coveted digital collectibles for basketball fans around the world,” added Adrienne O’Keeffe, NBA Senior Director, Consumer Products & Gaming Partnerships.

NBA Top Shot follows on the heels of MLB Crypto Baseball (now known as MLB Champions), a blockchain-based platform from Lucid Sight for collecting digital figures of ballplayers and competing against other players.

However, the MLB blockchain project has not been the biggest hit.

The game made some headlines when it first launched, especially when a player bought a Los Angeles Angels team for 68 ETH, which was worth US$18,900 at the time.

Lucid Sight CEO Randy Saaf acknowledged that the platform released later than intended, which meant it missed most of the MLB season in 2018.

The late launch and some bugs have hampered the game’s momentum, but MLB Champions is soldiering on as it has recently released Star-Spangled and All-Star packs in July