Indie card-based roguelike Slay The Spire is coming to the iOS this June. For gamers, the modern hit by Mega Crit Games will be available for $9.99.

According to Slay The Spire’s dev blog post, more information is coming from the Guerrilla Collective Show. Even then, the port is 100% ready for the platform. The game will provide “the complete, spire-climbing experience you have already enjoyed on PC.”

For Android users, the game will come at a later time. The team says they understand that a large part of the community is waiting to play the game on mobile. This excitement is the reason why the dev team has focused on the iOS version.

The blog post also offers a few new screenshots of what the game has so far. The game looks good on the touchscreen, along with its few improvements.

STS became a cult classic in the mid 2018s to 2019. The game started slow, with only 2000 copies sold in its first few weeks. After the buzz for the game came out, the title picked up on the hype.

The game received Best Strategy Game of 2019 and Best Design For 2019 from different gaming media outfits.

Slay The Spire has unique gameplay that adds a lot to its appeal. The game is a procedurally generated dungeon crawler similar to Darkest Dungeon. The card-based style is reminiscent of Heartstone and games like Night of the Full Moon. 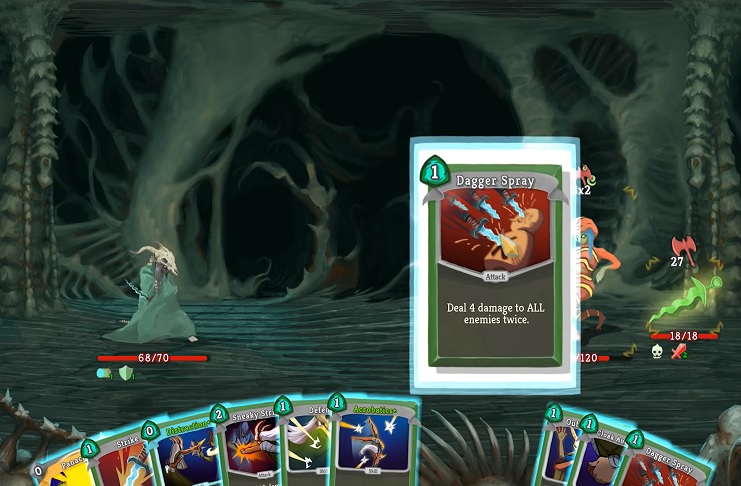 Players can choose between four characters, each with their perks and abilities. Each also has its deck with both attack and defense cards. The action happens through the cards, limited by the energy points available to the player.

The goal of STS is to let the player work up their way through the spire. Each level of the spire has enemies, with bosses at the end of every level. Encounters will include everything from enemies, campfires, and ways to upgrade cards.

Players can also find shopkeepers willing to sell them valuable cards for the adventure. Slay The Spire is available on PC and all consoles. For more information about its upcoming mobile release, watch Mega Crit Games’ on the Guerrilla Collective Show.

Online exam monitoring is now common in Australian universities — but...