Solar Opposites is dropping a week from now on Hulu. This is the other show that fans of Rick and Morty should definitely watch out for.

According to Cinema Blend, Solar Opposites is arriving on Friday, May 8. It’s developed by Justin Roiland and executive producer Mike McMahan who are the same people behind Adult Swim’s Rick and Morty.

The release date of their new cartoon series is just a few days after the second half of Rick and Morty season 4 drops on Sunday, May 3. But there is no competition here on this side.

Both animated sitcoms are something to look forward to especially for those who are fond of the sci-fi comedy genre. 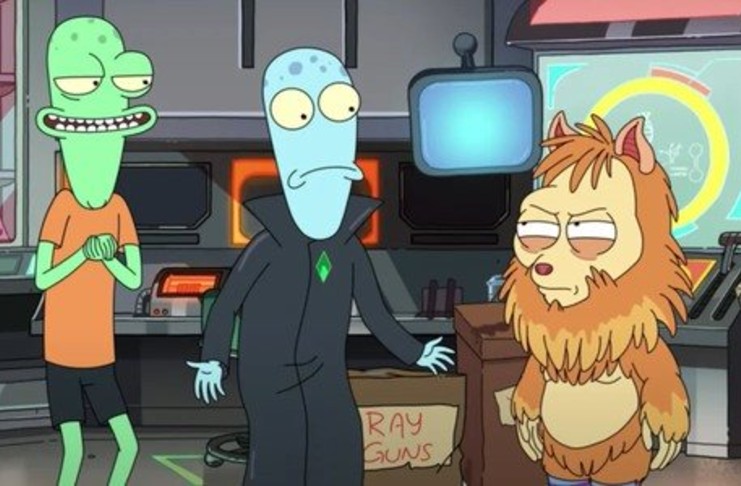 What is the new show about?

Solar Opposites isn’t really far off from the vibe of Roiland and Dan Harmon’s late-night program. Both shows are comical, loopy and extraterrestrial.

However, the brand-new series is promised to still bring in something fresh for the viewers.

First of all, the upcoming Hulu show will follow the life and adventure of a family of aliens. They arrived on planet Earth to find refuge after their own planet was destroyed.

They were able to escape minutes before the destruction but now they will need to figure out how to live among their new human neighbors. Obviously, there’s a lot of culture clash as well as some family drama

Just like in Rick and Morty, Roiland also lends his voice in the new show. He is the voice behind the lead character Korvo who is described to be a total grump. He is a complete opposite to Terry, voiced by Thomas Middleditch, who is a happy-go-lucky outsider.

The only thing they have in common is their lack of knowledge about the human race. Other characters are Jesse (Mary Mack), Yumyulak (Sean Giambrone) and Pupa whose voice actor is not yet revealed.

Together they try to navigate their new life on Earth while trying to fit in. In one of the scenes in the full-length trailer, Korvo says that they are unlikable so he and Terry made a new best friend.

For more Solar Opposites watch out for its arrival exclusively on Hulu.