Sony releases its new logo along with the title and teaser. Venom 2, now Venom: Let There be Carnage following Tom Hardy’s teaser upload on Instagram.

Venom‘s box office performance 2018 gave enough reasons for a sequel. Sony started to work on its sequel not long after its $850 million box office hit.

Let There Be Carnage

The official logo of the film came out after Sony flaunted its title. These details make a significant relation with Venom‘s character. It also goes with the film’s theme. The logo shows a red “V” with the impact of Carnage and Venom’s symbiote.

People caught themselves grinning over Venom: Let There Be Carnage. It came out with the release of its new logo, which symbolizes a significant connection. The movie is set to release on June 25, 2021. Its first original release date is on October 2, 2020. But, with the current situation, Sony chose to move it to a later date. 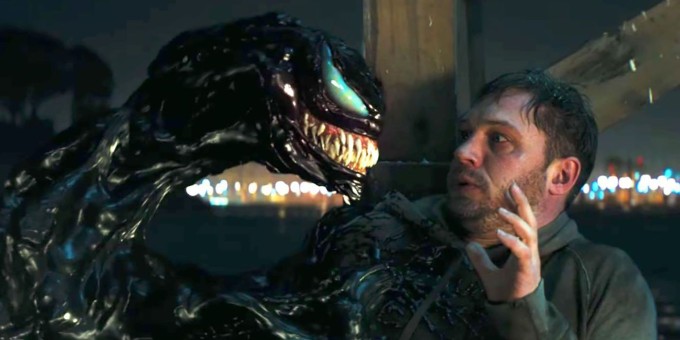 Fans assume that the details disclosed by Sony are only temporary. They think that there are changes to expect in the coming months, thinking that they still have to wait for a year. The teasers unveiled brought excitement to fans all over the world. It also made them hold them thrilled with the upcoming movie.

The teaser and logo of Venom: Let There Be Carnage likely took place for fans’ excitement over the movie. The fans will feel more thrilled waiting for the film because of the revelations they saw.

Sony shows that they have all the means stepping on to the movie’s promotion. The Venom: Let There Be Carnage details are proof that they are putting information one by one. People will have something to hold on to for a while despite its later release date;

The short teaser shows the film’s title and release date. These give out a few hints about what the movie’s going to be. Its sound effect also adds up to the thrill the fans get.

It is the first official promotion for Venom: Let There Be Carnage. It seems that the movie sets to reveal more things in the coming months from what its short teaser shows. The logo is the only official look the fans can hold on to until they release new details.

It will take some time to gain more details due to COVID-19. People may expect features not earlier than the end of this year. Fans expressed their feeling with the unveiling despite the need to hold on to it for a little while.