Sony has announced that the May 29 release of the Last of Us Part II will be pushed back further due to the novel coronavirus (COVID-19) pandemic.

Naughty Dog studios are almost done with the game with only bug removals and additional tweaks for smooth gameplay left. However, Sony decided to postpone the launch next month and delay the game indefinitely.

The game creators said that as much as they want to push through with the launch, there are things beyond their control. The decision was made with good intentions though, as the studio said that they want to provide all players and supporters the chance to grab the game at the same time.

On their official Twitter, Naughty Dog said: “even with us finishing the game, we were faced with the reality that due to logistics beyond our control, we couldn’t launch The Last of Us Part II to our satisfaction.”

A message from us about the delay of The Last of Us Part II: pic.twitter.com/aGsSRfmJ8a

This delay is the second time that the coronavirus has affected Sony. The Last of Us Part II is supposed to be available for demo during the Pax East conference. However, Sony opted out of the event.

Equal chance to everyone

All gaming platforms are breaking records at the moment. Steam users are at an all-time high while, Xbox and PlayStation are experiencing network issues. The surge of users is mostly caused by the self-isolation mandated by the World Health Organization (WHO) to curb the virus.

With that being said, is Sony missing out on taking advantage of the gaming hype?

Despite the rising popularity of digital game downloads, most of the full-game sales of Sony come from physical copies of its PlayStation game.

This means that if Sony backtracks and proceeds with a digital release, the physical copy purists will be left out. That takes a huge chunk off Sony’s game revenue. Game retailers are temporarily closed and it will be difficult to acquire a physical copy of the game. 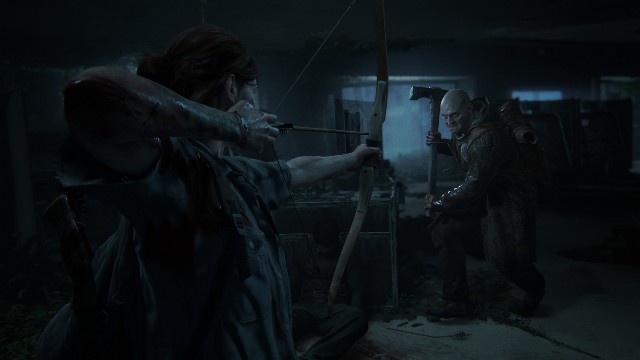 Even GameStop, who insisted that they are part of the essential goods, closed its doors to the public last week. Though it still allows curbside pickups. Amazon and some online game retailers still do delivery but the delivery delay is another huge hurdle.

As much as people want access to The Last of Us Part II, launching the game on both digital and physical media is not the ideal scenario for the developers. The limitations of going out and the possibility of game spoilers once it is released online breaks the experience that Sony wants for its users.

Like how Sony and Naughty Dogs put it, they want to provide the “launch experience” their users deserve. That includes a smooth spoiler-free experience and the chance for everyone to grab the game at the same time.

Images used courtesy of PlayStation/The Last of Us