There is still no news update on a possible Kingdom Hearts 4 in the works. Fans are kept in the dark after the last Kingdom Hearts 3 DLC was released.

The ReMind DLC is, reportedly, the first and the last for Kingdom Heart 3. The 12th installment of the Kingdom Hearts series is set to be the conclusion for the Dark Seeker Saga story arc.

Game director Tetsuya Nomura has already confirmed in a previous Q&A session that they’ve moved one to the next game, leaving the current DLC as it is. This could mean a whole lot of different things. Is it a 13th installment or a different Square Enix game?

Identity of Yozora for Kingdom Hearts 4

The conclusion of ReMind sheds some light on the importance of Yozora in the Dark Seeker Saga.

With the introduction of an Easter Egg character, Yozora, fans are left to believe that the story is not finished yet.

The identity of Yozora is, reportedly, an integral piece of Kingdom Hearts story moving forward. Fan theories have surfaced online, whether Yozora could be the Nobody of Noctis.

Screen Rant highlights that Yozora knows Sora’s name and how Yozora’s earings are designed with the Nobody symbol.

Also, it was noted that Yozora’s clothing embodies a Chocobo charm, which is one of the iconic monstery in Final Fantasy.

Fans continue to point out the similarities between Yozora and Noctis. The theory stretches out to the translation of the two characters’ names.

Yozora in Japanese reportedly means “Night Sky,” while the Latin translation for Noctis is “Night Light Sky.” The coincidence is uncanny, enough to spark speculations of the possible next installment story arc. 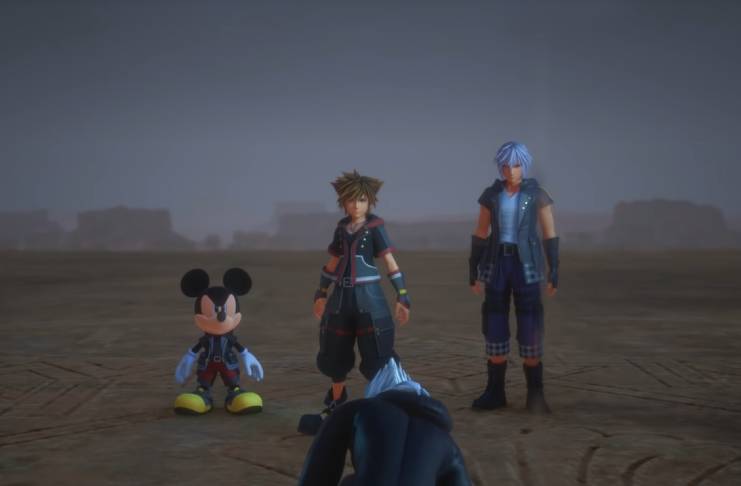 Reports claim that should there be a Kingdom Hearts 4 release, fans are looking at a possible 2023 launch date. Considering how long each Kingdom Hearts installment take, it is highly unlikely that we’d hear from Square Enix soon.

Nomura and his Kingdom Hearts team might reportedly be moving on to developing Square Enix games compatible with Playstation 5 and Xbox Series X, which are expected to debut with this year.

Meanwhile, players can continue playing the ReMind DLC and pick up more hints and clues that’ll strengthen the theory that Yozora is indeed an integral piece of the story. Therefore, proving that the Dark Seeker Saga is not over.

Prince Andrew no chance of returning to royal role unless he...

Prince Harry unaware of ‘unconcious bias’ due to royal upbringing