After the success of Star Trek: Discovery, a new show will feature a new story as a spinoff. It will also sport a new title, “Strange New Worlds.” One can expect great adventures and space exploration.

In this series, the ever-popular spacecraft USS Enterprise will make a comeback. Many captains helmed this ship over the years. They were starting with Robert April and Christopher Pike, to name a few. But, as time passed by, people came to know James T. Kirk and Jean-Luc Picard as perennial captains of the ship. In this iteration, it is Christopher Pike’s turn at the helm. 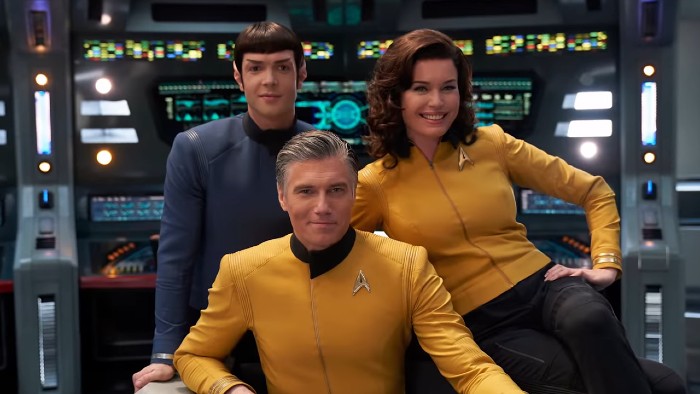 Who is Captain Christopher Pike?

The first-ever captain of the USS Enterprise that the world knows is James T. Kirk. But, before him, Christopher Pike spouted out orders on the ship. Spock accompanied Captain Pike for more than 11 years. Pike received the Enterprise’s leadership from Robert April. April served as its captain for seven years.

The very first episode of Star Trek shows that Captain Pike is the main protagonist of the story. But, this pilot episode, titled “The Cage” didn’t push through. Because of this, the episode titled, “The Menagerie” took its place. It cemented the status of James T. Kirk as the Enterprise’s captain. In that episode, some scenes from “The Cage” appeared but only to support the main story. After that, Captain Pike faded into obscurity.

Christopher Pike appeared again in the reboot film of Star Trek last 2009. He commanded the USS Enterprise at first then passed on the leadership to Captain Kirk. In the second movie, Pike died, and this motivates Kirk’s revenge.

In Star Trek: Discovery’s first season, a prequel of the original series. It was not until season two of the series that he appeared in the flesh. He only appeared for three episodes, and this is where he first met Spock.

The people began requesting for Pike to reappear again, but now, on his series. Plans for this show started in January 2020. After a few months, it will come out as Star Trek: Strange New Worlds.

In the show, two original Star Trek characters will go with Captain Pike: Number One and Spock. At least now, the people will see what happened before or after the original first episode of the series.

Making prequels give chances to scrapped show ideas. It can now delve into its characters in a more in-depth manner. Expect great scenes from Star Trek: Strange New Worlds as it graces the screens soon.