The giant coffee-chain Starbucks on Tuesday, April 28, said that its same-store sales globally declined by 10%, according to a CNBC report, citing that its Q3 results would continue to slide down despite recovery in sales in China.

The pandemic’s impact on Starbuck’s global sales—particularly in its biggest markets, China and the U.S.—brought its net sales to drop five percent, having a consolidated net revenue to US$6.0 billion [AU$9.17 billion] .

According to the report, the coffee-chain lost almost $915 million in sales in the second quarter due to stay-at-home measures, including store closures and reduced operating hours, all around the globe. 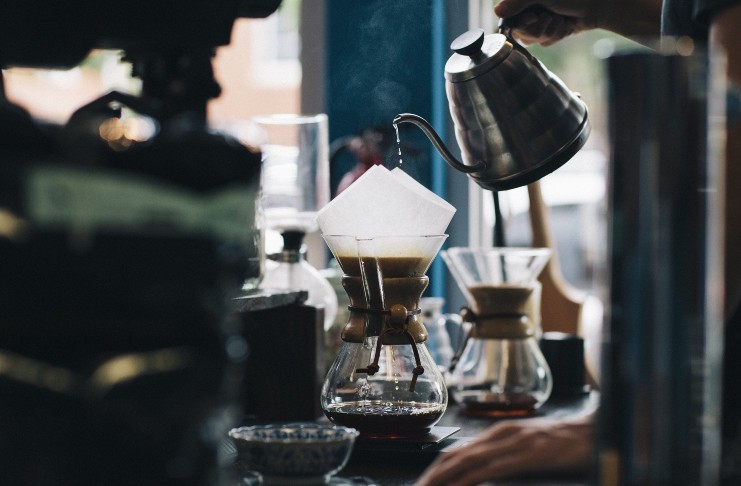 The company’s shares plunged to 32 cents as well, which is almost half of the previous year’s earning per share. Its fiscal second-quarter income, on one hand, fell from $663.2 million (53 cents per share) to $328.4 million (28 cents per share).

However, the company is positive that the situation is only temporary, and that Starbucks’ earnings will recover eventually.

Starbucks explained that the coronavirus crisis’ impact, such as catastrophe pay for its baristas and accumulation of safety items, weighed on the company’s revenue during the said quarter.

As store closures continue, Starbucks’ overall transactions in the second quarter dove by 13%, with a 10% decline in its global same-store sales. 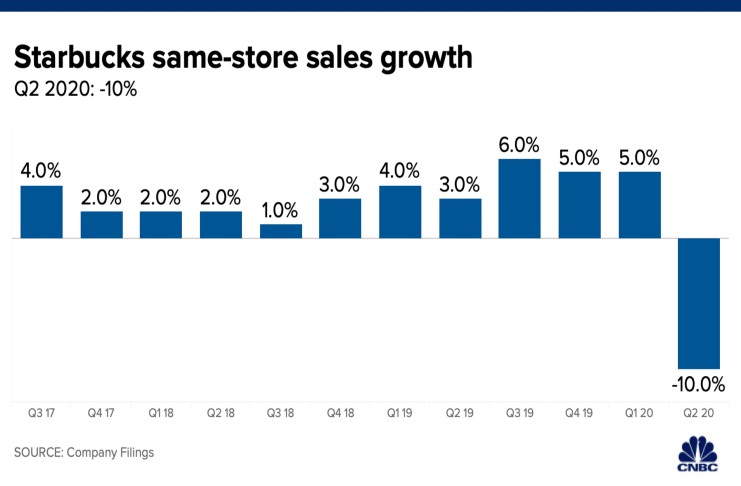 On a good note, sales in China have recovered after Starbucks reopened its cafes last February—about 98% now—and are operating under the “new normal” scheme with improved safety protocols and modified store hours.

In addition, same-store sales in China are expected to rally in the second half of the year, with a 15% to 25% loss in fiscal 2020.

In the United States, the company is preparing to reopen its cafes as some states with reported fewer coronavirus cases and are expecting to have 90% of the stores opened by early June. As of writing, nearly half of Starbucks’ company-operated shops are closed.

The giant coffee-chain is also looking to add curbside pickup this coming summer, according to COO Roz Brewer. The company also notes:

“Based on our substantial experience in our Chinese stores to date, we continue to believe that the effects of the coronavirus outbreak are temporary and that our business will fully recover over time.”

Starbucks withdrew its fiscal 2020 forecast earlier this month, citing the pandemic’s “dynamic nature.” The firm expects its Q3 results to continue to show a decline in sales and profits, but is positive that it will partially recover in the fiscal fourth quarter.