Imane “Pokimane” Anys, one of Twitch’s most prominent streamers, recently found herself in a bind due to a slip-up with some user-submitted content.

The incident took place a few days ago during a regular portion of her stream where she sifts through content submitted by her fans. 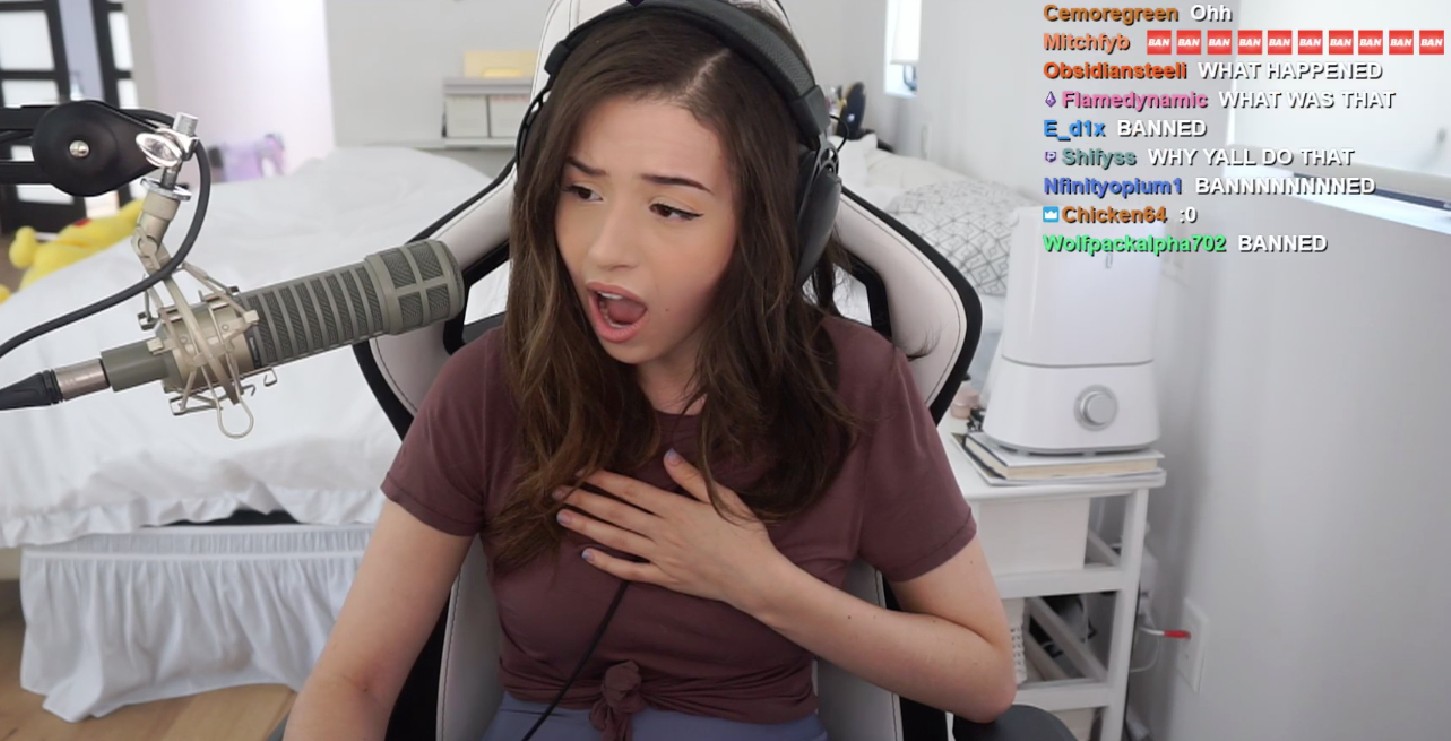 The said content is directed to a Google Doc where it is generally meticulously screened before Pokimane examines it on air, explained the streamer. Unfortunately, one of the malicious links seemed to have slipped through the cracks.

Pokimane unknowingly opened the bad link on-air, redirecting her to a pornography site, which is a clear violation of the streaming platform’s rules and regulations.

Despite the breach of policy, Twitch has yet to enforce any form of punishment on the 26-year-old streamer.

Was watching a documentary and a penis statue popped up for half a second, even though I deleted all clips and vods ASAP 🙁

Following the incident, people have started demanding the streamer be banned from Twitch, citing her lack of punishment as a double standard since many streamers get banned for the same offense on a regular basis.

YouTuber John Scarce explained on Twitter that if Pokimane doesn’t end up receiving a ban, then no other streamer who finds themselves in a similar situation should be banned either.

He went on to say that context should be the driving force behind Twitch’s rule enforcement.

If pokimane doesn't get banned, then no one on twitch should get banned for accidentally showing nudity. I see streamers getting banned weekly for this though. Why is there such a blatant double standard? Just make it so streamers don't get banned if it's clearly an accident.

At the time of this writing, the tweet has garnered 1500 re-tweets and 21,500 likes. While some Twitter users have come to the streamer’s defense, the majority of the replies echo the sentiment that there’s a double standard at play.

The Canadian/Moroccan streamer clarified during her stream the next day that Twitch reached out to her to issue a warning, but nothing more.

She further explained that, since it wasn’t a regular occurrence, it shouldn’t be enough to warrant a suspension or ban.

Regarding the accusation of double standards, Pokimane dismissed the idea, pointing out a male streamer who recently found himself in a similar situation, and was also spared from any form of punishment.

The Los Angeles-based streamer began broadcasting on Twitch back in 2013. She is best known for playing League of Legends, though she also streams Fornite fairly often.

In addition to being a Twitch streamer, Pokimane is a successful YouTube content creator as well. She currently has 4.8 million followers on Twitch, and 5.09 million subscribers on YouTube.

‘Diary of Our Day at the Breakwater’ manga will go on...

Anime releasing in 2021: From new series to sequels to blu-ray...

Worried about COVID risk on a flight? Here’s what you can...