Home Gaming Streaming on Twitch: Everything you should know to get started

Streaming on Twitch and other platforms are gaining popularity nowadays. The number of gamers is on the rise, and the streaming industry is booming.

Streamers get a lot of benefits as their fan base grows in numbers. Some get exclusive brand deals. Meanwhile, others are picked up by professional gaming teams just by streaming on Twitch.

These are the reasons why a lot of people are taking a shot on game streaming. However, not everyone is lucky enough to gain thousands of followers.

Streamers already saturate the market. But it is still worth giving a try.  Here are some of the things everyone should know to get started.

1. Be familiar with the Twitch interface

Twitch started in 2011, and the UI has improved a lot since then. It is one of the largest streaming websites, followed by Facebook gaming and Mixer.

The best way to get started on Twitch is by watching other streamers first. This provides an idea of what to do while streaming. Plus, it is easier to get used to the interface this way.

Do take note of the followers and subscribers on Twitch. These two terms might seem similar, but there are major differences. Following streamers are free while subscribing to them has a minimal fee.

Subscribing to streamers provides extra features such as emotes and an ad-free experience. 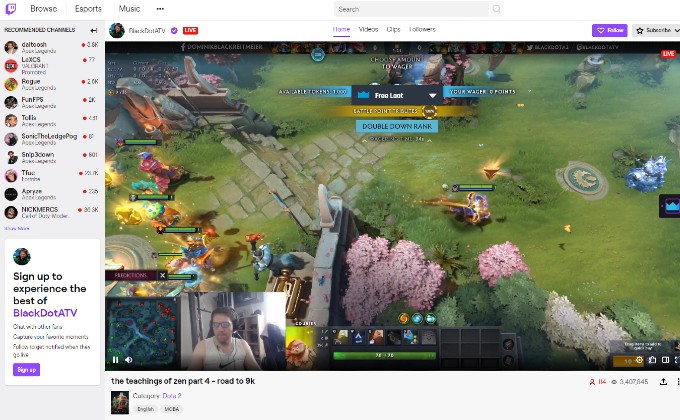 2. Setup the Twitch broadcast in advance

Prepare everything in advance before streaming. Software such as OBS must be configured to make it easier once the streaming channel launches.

Initializing the streaming software for the first time is easy. Some apps automatically detect the peripherals used, such as audio equipment.

Overlays take a lot of time, so setting it up earlier takes out the hassle.

Twitch lists several requirements to be able to stream smoothly. Hardware-wise, the computer must be capable of running the game without frame drops. It should be able to run the streaming software without hiccups as well.

There is a dedicated Twitch Studio app, but it is still in beta. There are other options though, such as OBS.

Once the first step is done, which is for viewing purposes, creating the streaming channel is the next step.

Decide first what is the niche and think of something that may attract viewers to the channel.

Some streamers do giveaways regularly, but that is not a sustainable business model for someone who is just starting.

Other streamers have a very engaging personality. Some are excellent at playing their games. Examples of great players are Aceu, Lululovely, and Imperialhal. These are professional Apex Legends players, and viewers watch them for their exemplary gameplay.

But not everyone has a Shroud-like aim. That is where personality comes in.

Some streamers talk and communicate well with their viewers. This kind of engagement keeps them from subscribing.

Take note, subscribers and followers are the main drivers of revenue for a stream. Always acknowledge them. 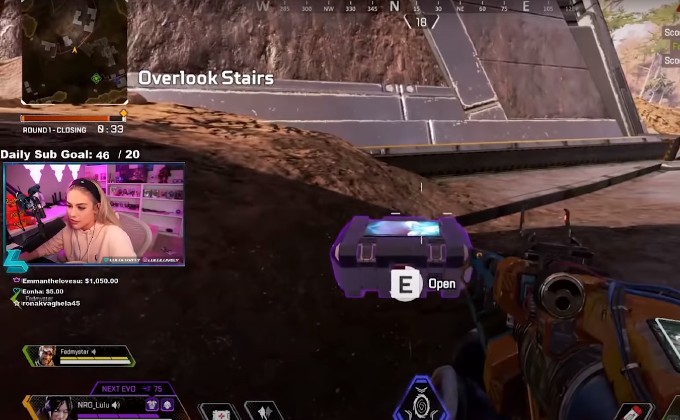 4. Earn money by streaming on Twitch

It is the most tempting reason why people start streaming. Who does not want to earn money while playing?

The first step to earning money is by creating a PayPal or Patreon account. The donation links will be posted on the channel. Hopefully, there will be donors in the first few days already.

Another way to earn money is by the Twitch Affiliate Program and the Twitch Partner Program. Either of the two is fine to earn through the subscribers.

The easiest to achieve is the Affiliate program. One must simply stream for eight hours for the past 30 days, has a stream for the past seven days, three viewers on average, and at least 50 followers. Once those prerequisites are achieved, Twitch will automatically send a message.

The Partner Program is the next level of earning money. There should be established followers with an active chat, a regular thrice a week streaming schedule, and content that reflects Twitch’s guidelines.

There are other benefits of the Partner Program, such as faster payout, custom emotes, and ads placed on the channel.

Streaming is not a regular job wherein payouts are once or twice a month. The pay varies. There are also days when there is no payout at all.

Setting up everything is easy. Growing the followers and subscriber count is the hardest part. It should be the focus if one wants to earn immediately.

There is no easy way to earn money while streaming on Twitch. It took years before top streamers gained had their spot. Just enjoy the game and be patient.