Home Gaming ‘Summer in Mara’: the relaxing game you should get today

Summer in Mara arrived on the Nintendo Switch last June 16. It is a creative simulation game with unique graphics making it worth getting today.

Fans of simulation games will love Summer in Mara. This game allows players to take care of an island while discovering the ocean. Something that Animal Crossing: New Horizons cannot provide.

But besides the usual simulation gameplay, what makes this game adorable? 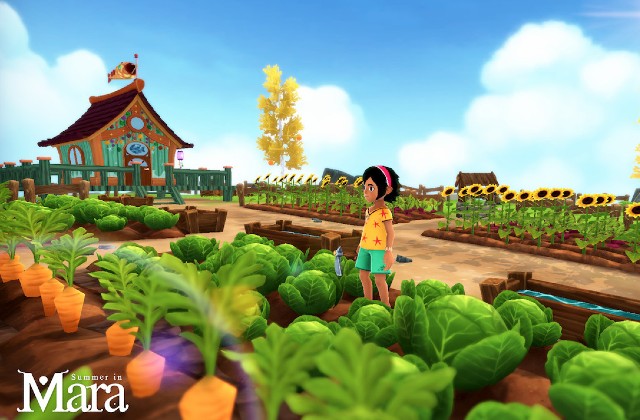 Summer in Mara is very captivating upon the first day. It is a hub of great simulation features such as crafting, farming, and a calm environment.

The game is set on an unknown island. The player takes the role of Koa, a young girl rescued by Haku during a shipwreck.

It then moves forward to Koa having her own little adventure. As the game progresses, the little girl will be able to travel to far-off islands. But, she still needs to return to tend to her crops and other resources.

However, this aspect is great in all. But, it gets repetitive through time. Crafting is not allowed in other places. It might get annoying to go back and forth home just to craft something.

Still, simulation games are a test of patience and if a player is impatient, then this game must be avoided.

This game is a great way to past time. Farming crops is addicting. Raising critters is fun as well. But, these are not the aspects that will retain users.

What makes this game worth playing is the storyline.

There are NPCs inside the game that give Koa certain quests. It is not just the basic talk to an NPC experience, though—it’s more than that.

The non-playable characters in-game all provide fun dialogues. It is not too straightforward, yet is still concise. It brings fun while doing quests.

Some of the quests available in-game are not too hard. Sometimes the quest involves helping a chef.

But there are other quests that are considered crucial to the plot of the story.

Some players want to dive into action right away. There are titles for that. Summer in Mara, on the other hand, has a lot of talking going on in-game.

However, it is not all nonsense. The writers clearly put a lot of effort into making each in-game conversation worthwhile.

These little conversations are what make the experience natural. It also helps in building a connection with the virtual community on the island.

It is not as deep as talking to villagers in Animal Crossing. But it was done greatly that players feel that they really are part of the in-game world. 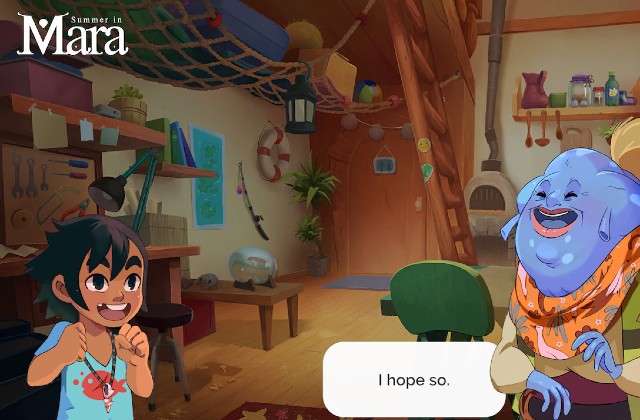 Not everything is great

There are some aspects that Summer in Mara felt short. It gets repetitive through time. Though this not an issue exclusive to the game. Other simulation games get to this point as well.

However, the feeling of stagnation arrives too quickly in this title. As much as the story is great, the game seems like a never-ending transport scene from one island to another.

The first few travels were great. But after hours of gameplay, it gets boring.

Is it worth getting?

The game is definitely worth getting. Summer in Mara is a great break from the usual simulation games. The graphics are great and unique in their own way.

However, do mind that it gets repetitive through time. Some quests got too predictive and island visits got tiring.