Mario is, arguably, one of the most popular video game characters there is and, despite his age, he’s still popular across generations. Today is a big year for Mario as he celebrates his 35th anniversary and a lot is in store for fans.

Announced last month, the Super Mario and Lego collaboration bridge the gap between video games and toys. Fans were immediately excited upon seeing the toyline but now we have more details about it.

According to a recent announcement, the Super Mario Lego toys are going to launch on August 1 but pre-orders for it are now up. The basic set for the toy will cost $59.99 but fans may want to save for more than the base game itself.

Like most of today’s video games, the Super Mario Lego set will come with separate expansions that will further enhance the gaming experience. One of the revealed expansion sets is the Piranha Plant Power Slider set which costs $29.99. The other expansion set is by far the largest of the three sets, which is Bowsers Castle that will retail for $99.99.

The makers note that there will be more expansions in the future. Fans are now hoping that we see iconic characters like Princess Peach and Luigi in these sets.

The Super Mario Lego sets are interactive and battery-powered. The Mario figure itself comes with LEDs on its eyes and mouth so players will see his expression’s change time and time again.

When playing with the Lego sets, the makers say that it will feel like playing an actual Super Mario video game as players have a certain goal to reach and they will even hear sounds from the iconic video game franchise as well. 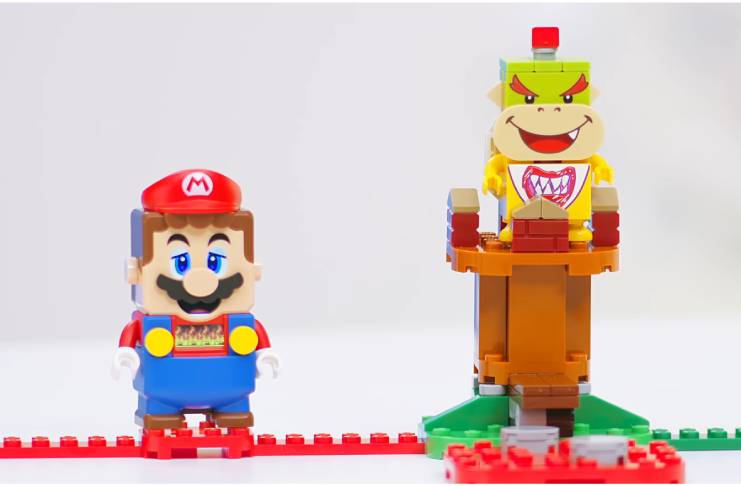 What Else Is There For Super Mario’s 35th Anniversary?

Aside from this, there are rumors that Nintendo will be releasing remasters of popular 3D Super Mario games for the Switch. Although no official announcement has been made yet, fans already have their wishes ready for what those games will be.

Nintendo is expected to make the announcement sometime soon and fans are hoping that some of their favorite titles are included in the remake list. On the other hand, some fans are hoping for a follow-up to the wildly successful Super Mario Odyssey instead.