Nintendo’s Super Mario Maker 2 will be bowing out with a bang. The latest update was made available to long-time fans on Wednesday (April 22). But that’s not to say that this will be a sad goodbye. If anything, it’s an ambitious way to say “Welcome to the next level.”

One of the main features that Super Mario Maker 2 will have asserts this ambition. Dubbed as the “World Maker” mode, the new update will let players create more items so they can build their own levels.

Design Your Own Playground

One of the biggest pulls of Super Mario Maker 2 is its appeal as a world builder. Specifically, it allows players to create their own version of the side-scroller. The allure of making your own levels using your own imagination or in the company of friends who share the passion makes it an even more popular game.

With World Maker, the developers went a step further. If you have ever felt that one level of anxiety-inducing jumping, running, and coin-collecting is boring, then this new update may be the challenge you are looking for.

“In this mode, multiple courses created by a user can be tied together on a path on a world map from a starting point to the end castle,” Nintendo announced over the official Super Mario Maker 2 blog.

The background and overall look of the maps do not have to feel repetitively boring either. Customize the look as you string eight worlds together. The World Maker mode’s limit set up to 40 courses for a combination style of play. Best of all, you can share this world with others. From merely beating the challenges to beating each other on whose game is the most awesome does sound like an ambition well-achieved. 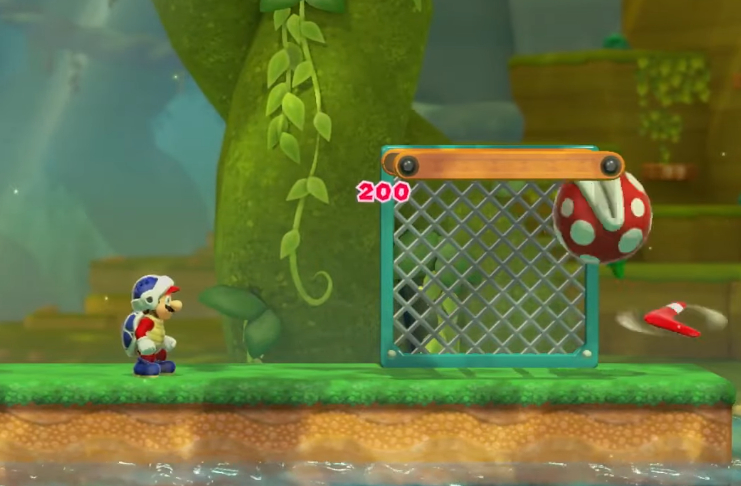 More Enemies To Make You Run For Your Life

Ultimately, even kid (now adult) who has ever played Super Mario understands that, more than running, the goal of the game is to achieve its side quests. Gather as many coins and power-ups to beat your last record. Enjoy the achievement of getting through a challenge in only one turn.

With the new update, the Koopalings—yes, all seven of them!—will be included in the update. Be ready for more trouble as they have their own movement pattern that you need to go against.

Of course, there will also be more power-ups, which will both make it easier to adapt to the newer levels, while keeping it a great challenge. Some levels will have more course parts. There will be Super Mario Bros. 2 Mushroom for transformation and a few items that can be picked up and thrown at enemies. Imagine the mayhem and fun that will ensue.

Don’t forget the Super Acorn, Boomerang Flower, Cannon Box, and Propeller Box. You can also use the Frog, which will make the water stages pretty interesting.

The best news about Super Mario Maker 2’s newest update? These are all free! Nintendo certainly has a great way to allow fans to continue the game and the fun, so even with no more new content afterward, players are still bound to create more levels and worlds later on.