Most of today’s game developers are working under strict conditions because of the COVID-19. For Super Smash Bros. director Masahiko Sakurai, the current conditions just mean working on projects remotely.

Masahiko Sakurai is beloved by the Super Smash Bros. community because of the hard work and determination that he brings to the gaming community. Fans have even said time and time again that he deserves some rest. Despite the behest of fans, Sakurai continues to work on Super Smash Bros. Ultimate.

On his Twitter account, Sakurai notes that he is supervising the work on Super Smash Bros. Ultimate’s DLC remotely. He adds that doing so has its risks as the project itself is considered high security so leaks should not occur at any moment.

Who’s The Next DLC Character?

It was revealed last month during a Nintendo Direct that the next character for Super Smash Bros. Ultimate would come from ARMS. The announcement also noted that the character will be ready by June. In an interview last month, Sakurai said that the release of the DLC might be delayed because of the current conditions.

However, it seems likely that work on the 6th DLC character has been started even before lockdown worldwide so fans should not expect delays on the ARMS character.

Regarding as to who the ARMS character might be, fans have their speculations already. For starters, it can’t be Springman considering that he’s already a Spirit for Super Smash Bros. Ultimate. That at least narrows down the choices.

Now, fans are speculating that the other characters could either be Twintelle or Ribbon Girl, both of which are some of the most popular characters for ARMS.

Regarding the addition of an ARMS character to Super Smash Bros. Ultimate, the community is torn. On the other hand, ARMS is a hit on the Switch. The other side believes that there could be better characters added instead. 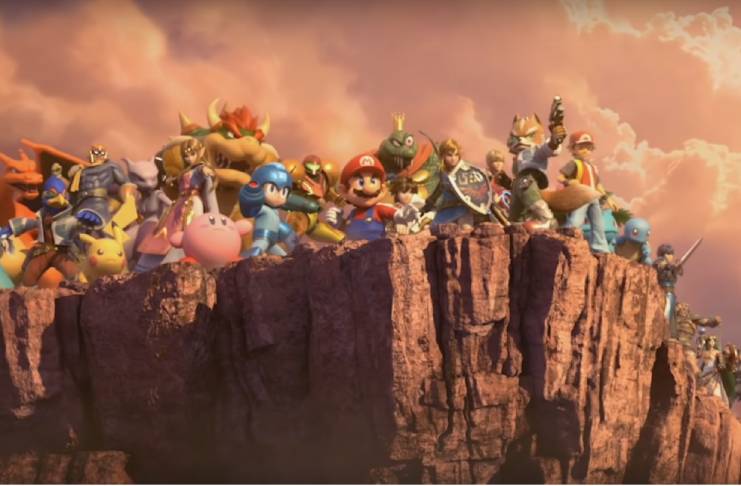 It was announced earlier this year that there will be a total of six characters added to Super Smash Bros. Ultimate with the new Fighter’s Pass. These characters will launch individually up until 2022.

Fans are excited to see who the five other characters will be but they already have their wishlists ready. Some of the most requested characters are Dante from Devil May Cry, Geno from Super Mario RPG, Doomguy from DOOM, and even Waluigi from the Wario series.

Super Smash Bros. Ultimate’s roster is ever-expanding with new characters and fans are excited to see who’ll be added next. While Sakurai and his team are doing their best to not be affected by the COVID-19 restrictions, fans should still expect a few delays on the DLCs.