Open-world roguelike RPG Tainted Grail is coming to PC this year on early access. Publisher Awaken Realms is looking to move the title to Steam Early Access and GOG on June 25.

After kickstarting a successful board game for $5 million, Awaken Realms is betting on the viability of Tainted Grail as a PC game. The Arthurian grimdark co-op adventure has a campaign trailer available at the moment.

Much of the game will use randomly-generated maps. These maps will be similar to a new story dungeon in an adventure board game.

Early access for Grail will include the first single-player campaign for the game. This much will represent around 3 hours of gameplay and quests around the world of Avalon. Much of this early phase of the game, however, will be in use for the game’s Conquest Mode.

In Conquest, players would play in a randomly generated roguelike map. The player’s job is to push back against different creatures. The game has its own special combat mechanics, together with base building.

From the trailer, the combat process seems to use cards that allow specific actions per turn. Heroes will also have their own skillsets and growth paths, which means varied gameplay.

There will also be a good chunk of narrative included in the game. These narratives will tie into the official campaign. Base building comes through creating a village that will likely support the player character. 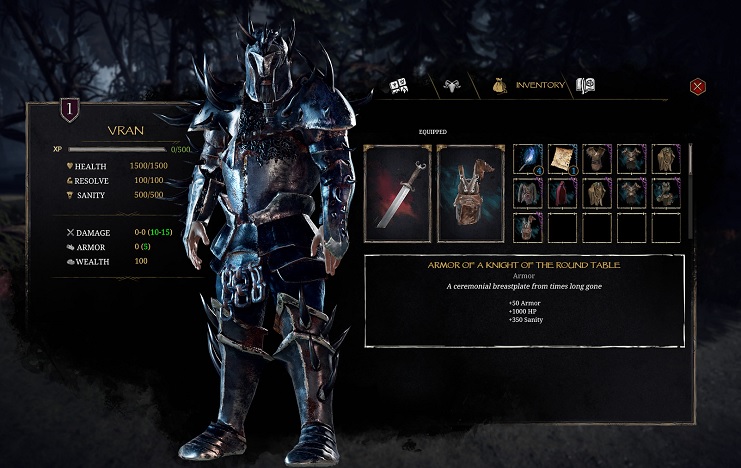 Grail offers gameplay and RPG experienced as a whole

Tainted Grail has a few promises listed on the game’s announcement page on Steam. According to the entry, the game promises that “gameplay is king” and that they want their “RPG experienced as a whole.”

“We’re kinda insane because making two games at the same time isn’t easy…” said Awaken Realms game director and producer Kamil Krupiński. “But we’re extremely happy that we will be able to deliver this thing to you, folks!”

Kamil promises that the team will add more objectives on every run. Every location will contain something interesting, from encounters to treasures. The announcement says that they want the storyline to make sense, even in a procedurally generated map.

The game so far is reminiscent of Slay the Spire, but with a better 3D engine. Grail will stick to board game archetypes too.

The announcement forewarned players too. For those who have more interest in the campaign, it’s best to wait until full release.

Tainted Grail will be available on Steam and GOG. The team also has a Kickstarter page where backers can still do a late pledge.