Selena Gomez has lauded best friend Taylor Swift as “one of the greatest songwriters.”

Selena Gomez and Taylor Swift have been best friends for several years. They’ve been through a lot together and their life is already an open book to each other.

However, that did not stop Selena from gushing over Taylor’s song-writing talent.

In an interview with Apple Music, Selena has made a run down of various songs on her At Home With Selena Gomez playlist. She did not forget to include on the playlist Taylor’s hit track Lover.

Of the song, she commented,

“There’s nothing really to say other than this is another song that shows her ability to take it back to the old, to also combine it with her challenging to do new things with her music. “

The singer then called Taylor as one of the biggest songwriters. She consequently assured that her comment is pure and unbiased.

“This is another song that shows her ability to take it back to the old Taylor and challenge herself to do new things with her music. I’ll always not even bias think she’s one of the greatest songwriters.”

The playlist also revealed which artists Selena has been listening to during the quarantine. It includes artists Kid Cudi, Erykah Badu, Fleetwood Mac, Julia Michaels, as well as H.E.R.

Furthermore, Selena explained why artists like Taylor Swift, Rihanna and Billie Eilish are included on her At Home With Selena Gomez playlist. She even shared that Billie’s Everything I Wanted made her cry the first time she listened to it. She complimented the young artist,

“She deserved every single thing that she got and has. She’s an amazing, amazing artist.”

Conclusively, Selena unveiled that many of the songs she has been listening to are storytelling tracks. This is because she feels inspired whenever she listens to these. 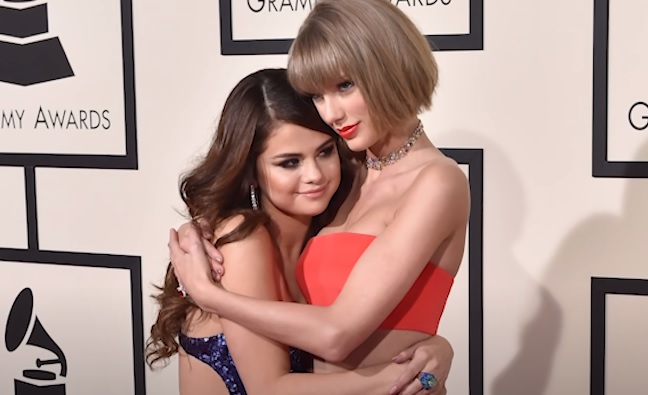 Taylor and Selena  became close when they were both dating Jonas Brothers in 2008 —Swift with Joe Jonas and Gomez with Nick.

On October 2009, Selena has told the world that the only person she turns to for love advice is Taylor and revealed that they talk every day. This confirmed her deep friendship with Taylor.

Since then, the two have been supporting each other. They attended red carpets event side by side and performed several shows together.

Recently, Selena spoke about Taylor and their 13-year friendship. Her comments revealed just how deep their bond goes and how intimately Swift understands what she went through – from her breakup with Justin Bieber, struggles with lupus, as well as her mental issues.

Doubtlessly, Selena Gomez and Taylor Swift are the very definition of best friends. The two are truly each other’s biggest fan.

Selena Gomez and Taylor Swift have been friends for over a decade! Here’s a complete timeline of their friendship. pic.twitter.com/0jPS8MVdQ9