Re-Logic has announced that Terraria has finally reached over 30 million players since its 2011 launch. The developers offer a 50% discount to celebrate the milestone.

The announcement arrived through Terraria’s official forum and its official Twitter account. The game managed to reach 30 million players in a span of nine years.

A major milestone since its first launch

First launched in 2011, Terraria has gained a massive following for the sandbox action-adventure gaming experience it brings. The game was initially released on Windows for PC, and it has been ported to PlayStation, Xbox, and on mobile. The Nintendo Switch version came last year. 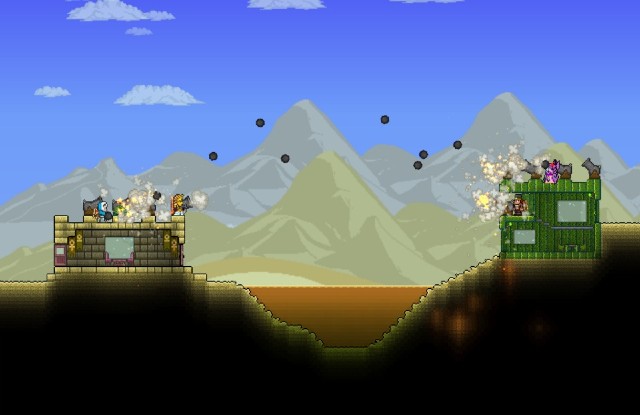 Since its arrival, Terraria continues to release updates to keep the game more exciting. Updates that include new biomes, increased difficulty, and more bosses have been added.

This year, the last major update of the game called Journey’s End is coming. Slated to be released last year, the developers decided to delay the launching of the new update to include additional features and to polish the game.

Re-Logic announced on its official forum:

“In the end, it comes down to a hard choice: scrap a bunch of the cool stuff that we want to see in Journey’s End and force this out for 2019 or go ahead and push it into 2020 and make sure that we don’t cut corners or leave a ton of things on the cutting room floor to hit that deadline.”

As the last update of the game draws near, Terraria launched a Vanity armor contest. The competition aims to allow players to be part of the game’s final update. The developer’s announced the contest through Steam:

“We are giving everyone a chance to submit their own original ideas for Terraria Vanity Armor/Outfits (Head/Torso/Legs), and the winners will see their ideas make it into the game for the Journey’s End update! This is your chance to design your own brand new vanity outfit that you’d like to see added to the game!”

The submission of entries is until April 13, 2020. Visit Terraria’s official announcements window on Steam for the guidelines and submission rules for the contest.