Terrorists are releasing ‘how to’ Bitcoin vids to raise funds, and record numbers of exchanges are being hacked, according to a new report.

A new report by Chainalysis has found there were more major exchanges hacked in 2019 than ever before – but the overall dollar value of crypto lost was actually lower than 2018.

Overall, 2019 was the third worst year in terms of the value of cryptocurrency lost, with hackers and thieves making of with $283.6 million worth.

In 2018 by contract, more than half a billion worth was stolen from Coincheck alone and in 2014 three major exchanges hacks nabbed $483.1 million in total.

But successful attacks are at all time highs, with 11 major exchanges hacked last year, which is almost double the previous record of six in 2018. 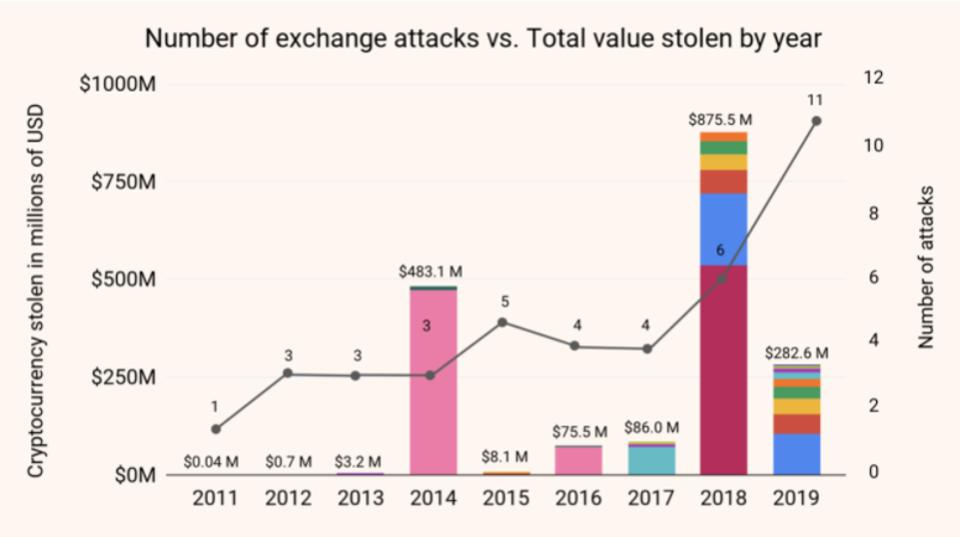 Attackers are also getting more sophisticated, and spending considerable time and energy on phishing campaigns to attack the weakest link in any security chain – people.

Chainalysis researchers uncovered a North Korean sponsored attack by the Lazarus Group on the DragonEx exchange in March 2019 that netted $7 million.

Lazarus was also believed to be behind the Sony Pictures breach of 2014 and the WannaCry ransomware of 2017.

They set up a fake business, website and Linked In profile for ‘WFCWallet’ and when users 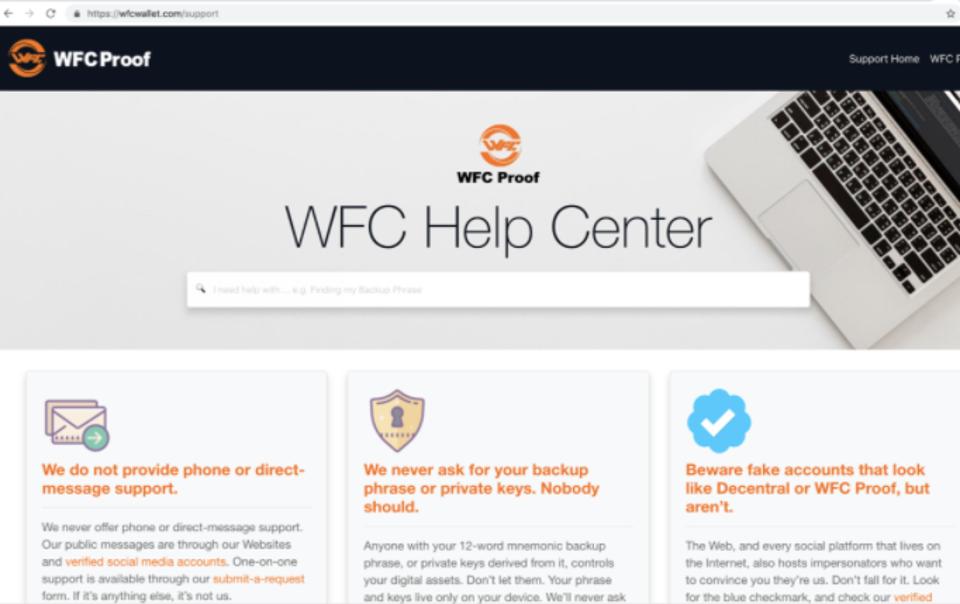 downloaded their trading software, it installed a backdoor on Apple computers that stole their private keys.

After a long sale effort, they managed to persuade an employee of DragonEx to try out the platform and nabbed the private keys of exchange users from their computer.

This is obviously as much a terrible lapse in security by the exchange as it is a sophisticated attack by hackers.

Other excerpts released from the soon to be published Chainalysis report suggest that cryptocurrency terrorism financing campaigns are getting cleverer too.

The military wing of Hamas, called Izz ad-Din al-Qassam Brigades (AQB), raised money in Bitcoin for nine months last year using sophisticated technology that generated a new address for each donor to send BTC too – which makes it an order of magnitude more difficult to trace.

AQB even released ‘how to stay anonymous while using Bitcoin’ video walk throughs to help crypto noobs in the terrorism financing space.

The campaign made more money in 9 months than a previous BTC campaign by another outfit managed in two years.

Chainalysis found that the largest chunk of the funds raised ended up on mainstream crypto exchanges.

In a report earlier this month they also traced $2.8 billion of Bitcoin as it moved from criminal enterprises to exchanges, with more than half ending up on Binance and Huobi.