America has made history once again after SpaceX completed its mission over the weekend. Tesla shares went up to start the week as a result.

Tesla CEO Elon Musk has achieved the impossible by launching his SpaceX Falcon 9 rocket in collaboration with NASA sending two astronauts to the International Space Station (ISS). Last week, the rocket launch got delayed due to bad weather.

However, after a decade of hard work, SpaceX has finally pulled it off as they were able to send their Dragon Crew to the ISS over the weekend.

Docking confirmed – Crew Dragon has arrived at the @space_station! pic.twitter.com/KiKBpZ8R2H

Also, Elon Musk also receives his performance-based payout from Tesla, which is worth over US$700 million [AU$ 1.02 million].

The Tesla CEO also tweeted about a small American flag that voyaged on both the first space shuttle mission (STS-1 in 1981) as well as the last (STS-135 in 2011).

It looks like Bob Behnken and Doug Hurley of the Dragon Crew will take this home to earth as a souvenir of their SpaceX mission. NASA also broadcasted an interview with the crew via Twitter.

However, SpaceX and Tesla’s success doesn’t end there as Tesla is now planning to unveil an electric battery that can change the landscape of the energy and auto industry.

A 1-million mile battery may cause Tesla shares to skyrocket

Tesla stock prices gapped up to start the trading week, opening almost three percent its closing price last Friday; the stock was able to close over five percent yesterday amid the positive sentiment brought about by the SpaceX mission. 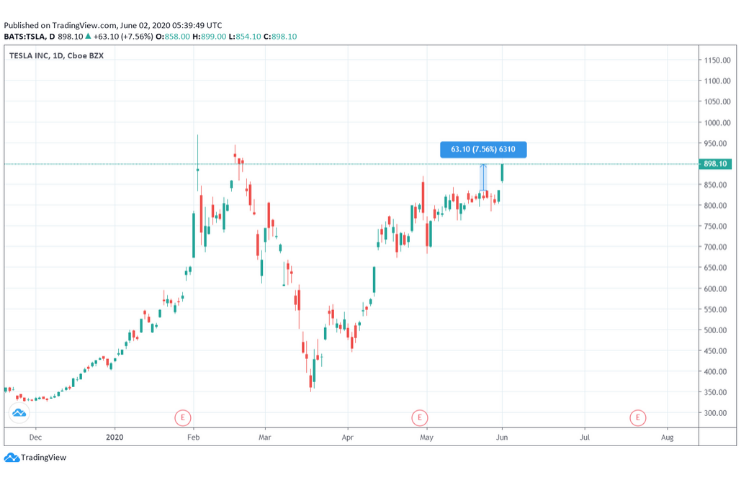 However, there have also been reports that Tesla may be preparing to showcase a game-changing electric-vehicle battery that claims to last 1 million miles.

“In our opinion, this battery technology will be very advanced, potentially last for decades, withstand all types of weather/terrain, and be another major milestone for the Tesla ecosystem”

Besides, they also claimed this battery to be a major step forward when competing versus traditional gasoline-powered automotive competitors from an environmental perspective.

With the recent global energy reports claiming that markets will most likely take a toll because of the coronavirus pandemic, it seems that Tesla is finding a way to put the energy and automotive sector to new heights.

Tesla investors now have something to look forward to with the successful SpaceX mission as well as this new battery innovation that could change the world.

How to Install iOS 14 Public Beta