The lock down brought about by the pandemic has stalled travel plans for everyone. No one is allowed to drive outside except for essential activities. As a result, car batteries are getting discharged spontaneously because of the prolonged hiatus on travel.

Unfortunately, for one driver, his problem is a unique one because his battery didn’t spontaneously discharge. His steering wheel fell off while he was driving late last March.

Jason Tuatara, a 43 year-old personal travel agent, brought to Twitter his ire on his brand new Tesla Model 3 unit. Jason was driving around Blackpool, England last March 20 when his steering wheel fell off towards the latter part of his trip. He described the detachment as the steering wheel literally hanging by the wires on his hand.

“@elonmusk steering wheel fell off today! Concerned the rest of the car will fall to bits too! Can this be looked into as to why it’s happened to a car just over 1 month old? #TeslaServiceIssues”

Jason’s concern was a valid one. Tesla has faced a slew of production issues on their cars. According to Jason, he placed the order of his Model 3 last September 2019. Unfortunately, Tesla told him to wait for an extended number of months as his unit was still in production.

He added that he has been looking forward to get his hands on a Tesla car for the past eight years, and this experience traumatized him. 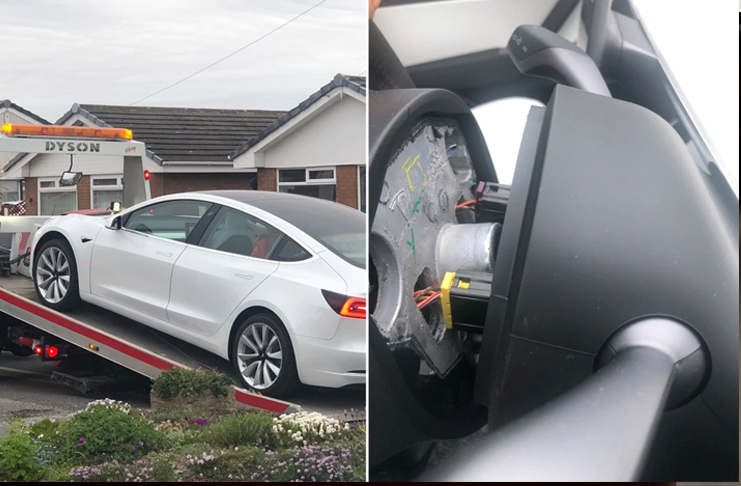 Tuatara immediately called the attention of Tesla’s service rep. Within an hour and thirty minutes, Tesla arrived and towed his car for a quick repair. Tesla offered a Jaguar car as a temporary replacement for the defective Tesla Model 3 car. Fortunately, the repaired car was returned immediately the day after.

“Tesla confirmed that the steering wheel was not fixed to the body of the car with a bolt, and they are looking into what happened on production. The Driving and Cecile standards agency here in the UK is also doing a full investigation.”

The problem encountered by Tuatara is a unique one, but several other reports have surfaced regarding Tesla’s production issues. Some reported that several bolts were missing in the assembled cars while some others reported that the paint job was botched.