Ubisoft has just released its second raid for its other shooter game title, The Division 2 with Operation Iron Horse.

Last month, Tom Clancy fans have gotten their hands on a lot of leaks on their well-known tactical shooter Rainbow Six Siege.

To add more excitement to the fans, news also came out about a battle royale in development called Hyper Scape by Ubisoft Montreal.

Following their previous raid named Operation Dark Hours, The Division 2 has officially launched another raid to end the month of June.

It seems the barrage of updates never stop coming as they treat the fans with another second raid called Operation Iron Horse.

Tune in on June 30th at 5 PM CEST / 11 AM ET / 8 AM PT for the Operation Iron Horse Special Report, as we kickoff the Race to World First!

Let’s take a look deeper into what the raid is all about and the kind of rewards players and supporters would be getting if they choose to participate in this much-awaited event.

What’s in store for the second raid?

Operation Iron Horse is an 8-player raid event wherein communication is vital if players want to get The Division 2 collaboration experience.

As per Ubisoft, the setting takes players following the initial Black Friday outbreak. A group of civilians has gathered to settle in a foundry called the United Ironworks located close to Washington D.C.

Unfortunately, the True Sons raided the foundry sometime later and took control. Hiding from plain sight, they have schemed against The Division by expanding their already vast arsenal of weaponry. However, The Division has heard about their plans and are ready to fight back against this new growing threat.

According to the developers at the Operation Iron Horse: Special Report YouTube live stream, players who are participating in this raid would take around 8 hours to complete the event.

In addition, they also mentioned that the raid event would also focus more on problem-solving aside from the usual objective of eliminating difficult enemies on the map.

For this week, players who are Level 40 above and have completed the Warlords of New York Campaign are eligible to join the first leg of the raid event.

Rewards await for players as well as Twitch stream supporters

With some Twitch streamers grinding in this raid already, their fans have a chance to get Twitch Drops for The Division 2 for The Race to World First event.

However, Twitch stream supporters have until July 2 at 5:00 AM PT if they want to catch up on those drops.

For the lower level players that did not meet the requirements, there will be another event for Level 30 players on July 7, next week.

As for future updates, Ubisoft has also lined up a Discovery Mode in which both level 30 and 40 players can explore the location in preparation for Operation Iron Horse. 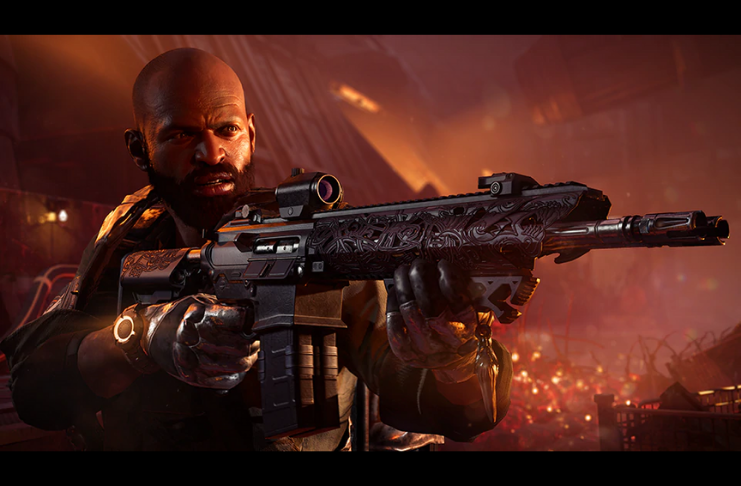 In addition, a mixed group of level 30 and 40 players will also be pushed in the next updates for the raid. The difficulty will adjust according to the highest level present in the group.

Once the raid is completed, players will get rewarded according to their level. Operation Iron Horse rewards are also set on a weekly timer, which has the same implementation with Operation Dark Hours.

So for those who missed the announcement, they could wait for next week to have a chance to get those rare items.

Images courtesy of The Division 2/Ubisoft