The Good Fight season 4 episode 2 will have a lot to live up to as the season premiere shocked many viewers. The CBS All Access show, which stars Christine Baranski as Diane Lockhart, will also show Reddick, Boseman & Lockhart wading into the uncharted corporate territory.

After being purchased by multinational STR Laurie, law firm Reddick, Boseman & Lockhart faces new challenges as a company. They have to deal with unprecedented corporate oversight and the sudden shock of no longer being a small Chicago firm, according to CNN.

On the other hand, Diane will come across a familiar face in the court, which could be David Lee (Zach Grenier). He was a supporting character on The Good Wife, who served as the top divorce lawyer on Lockhart/Gardner.

In the previous episode of The Good Fight, the show offered a look at an alternative reality where Hillary Clinton won the 2016 elections. The premiere also presented a possible outcome of a Clinton presidency: Harvey Weinstein winning the Presidential Medal of Freedom.

According to Vulture, Diane found out that she landed Weinstein as a client, which could prove to be a lucrative deal for the firm. But, she did not want to represent Weinstein because of the rumors she has heard about the movie producer.

However, everyone else in the firm wanted her to. This includes Luca (played by Cush Jumbo), who pays a visit to Weinstein in one of his infamous hotel suites.

At the end of the episode, viewers will find out that everything was just a part of Diane’s dreams. It turns out she got knocked out of bed and got unconscious after a SWAT team raided their apartment. 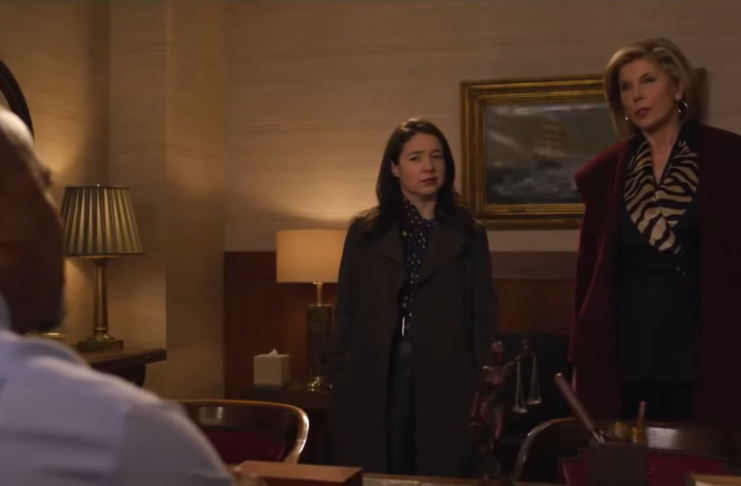 Christine Baranski has been playing Diane Lockhart for 11 seasons now. She started filling in the role in the first season of The Good Wife, where she shared billing with co-stars Julianna Margulies and Josh Charles.

Over her years of being in that role, Lockhart has proven to be a fan favorite. It is for this reason that she earned multiple Emmy nominations as part of the cast of The Good Wife.

Baranski recently had an interview with Variety, where she talked about what viewers should look forward to in the series. The Tony Award-winning actress commends the collaborative environment on The Good Fight production.

She praised the show’s creators, Robert and Michelle King, for their skills as writers. She even said that she has “absolute faith” on them as writers and as showrunners.

When asked about her thoughts on The Good Fight season 4 premiere, she said that it was her favorite episode so far. She also teased that there are more surprises in store for fans of the show.

The Good Fight season 4 episode 2 will be on CBS All Access this week. The streaming service will upload the episode on Thursday, April  16.