Home Entertainment ‘The Good Fight’ season 5 confirmed by CBS All Access, but season... 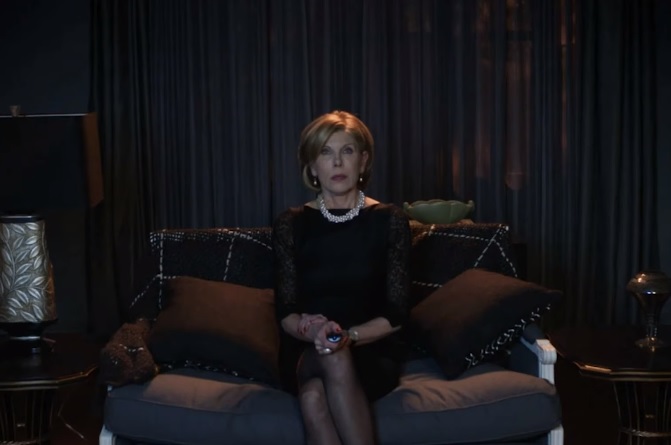 CBS All Access has confirmed The Good Fight’s season five. However, the show’s fourth season will be cut short.

Due to the current health threat of the coronavirus, production works were halted. As a result, several upcoming titles slated to premiere this year have been either cancelled or postponed. This includes CBS’ The Good Fight. Nevertheless, fans still have something to look forward to with the network’s recent announcement.

The Good Fight is one of the most beloved and critically acclaimed original series on CBS All Access. Apparently, the show has not only raked a lot of viewers, but it has also garnered positive responses from critics and fans alike. Unfortunately, the show’s episode eight to ten for season four has been cancelled.

CBS All Access has shared that the current season will be curtailed to only seven episodes due to production shutdowns. Season four was initially expected to last 10 episodes but the sudden mid-March pandemic-related pause caused showrunners Robert and Michelle King to reconsider their plans.

‘The Good Fight’ renewed: the magnificent series of lawyers will have season 5 https://t.co/o604lTgzc2

Julie McNamara, one of the executives of CBS All Access shared,

“While we all had hoped to provide audiences with a 10-episode fourth season, we, among many others, have had to adapt due to the pandemic.”

Meanwhile, showrunner King has expressed her disappointment regarding the show’s cancellation. King stated,

“It’s been weird to not be able to finish the fourth season. It left the story in even more absurd a place than usual.”

The seventh, and now final episode of the series’ fourth run will debut on the streaming service May 28.

The Good Fight renewed for season 5

However, CBS All Access’ announcement does not only consist of bad news for the fans. This is because the service has also revealed that The Good Fight will return for a fifth instalment. Furthermore, the storyline in season four that has not been aired will be featured in the forthcoming season.

“We know what story we’re planning to tell. It’s like getting the answers to the SAT ahead of time.”

Executive Mcnamara topped this excitement with a statement that says,

“We are excited to bring subscribers even more of the timely, gripping storylines the Kings bring to life next in season five.”

According to Christine Baranski, one of The Good Fight’s cast, the fatal illness that has been ravaging the world at the moment will likely be a part of the upcoming season’s storyline. The actress added,

“It’s going to be very hard to ignore this, and it’s going to be really interesting to see how writers and moviemakers and artists address this period of time in the way we address 9/11.”

With this statement, it is certain that Baranski will be back to reprise her role for the fifth season. Moreover, Cush Jumbo, Nyambi Nyambi, Delroy Lindo, Audra McDonald, Sarah Steele, Michael Boatman, Zach Grenier, John Larroquette, and Hugh Dancy are also expected to return.

There have been no official announcement regarding season five’s release date and no trailer has been also unveiled.

‘The Sims 4: Snowy Escape’ expansion comes out this week

Kylie Jenner, Travis Scott NOT back together but are happy