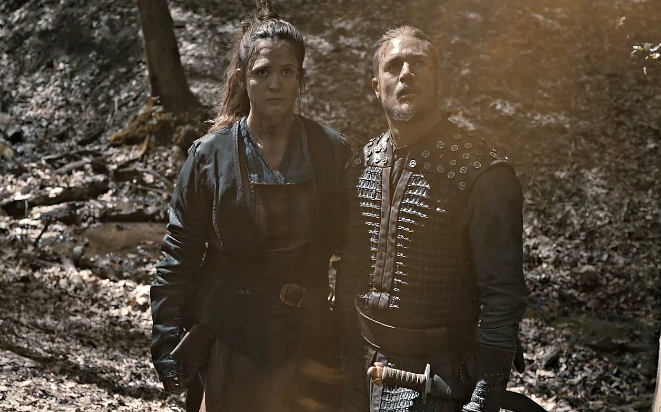 The Last Kingdom season 5 hints renewal on Netflix as Alexander Dreymon shows behind the scenes stunts.

The fourth season of The Last Kingdom recently premiered a couple of weeks ago. But fans are now hoping for the series’ comeback on Netflix.

A lot of speculations came after Alexander Dreymon posted a video on Instagram. Dreymon is the main character who plays Uhtred of Bebbanburg in the series.

The series is based on Bernard Cornwell’s historical fiction novels, The Saxon Stories. The Last Kingdom tells of Uhtred waging wars with the Danes to unite England under the name of King Alfred.

Uhtred, born as a Saxon, but raised as a Dane became Alfred’s greatest warrior and instrument to achieve his greatest goal. Unfortunately, his sickness took over him before he could complete his vision of United England.

The Instagram video which was also shared on Twitter revealed Dreymon’s behind-the-scenes action stunts and fighting scenes. In the video, Dreymon worked with his crew on set with a caption that led fans to think for a renewal.

Fans were not the only ones who are hopeful of the series’ renewal. The Last Kingdom executive producer, Nigel Marchant is also hoping for season 5. In a live Q&A session with Marchant, together with the casts, Dreymon and ELiza Butterwood, he shared his optimism.

He revealed that the production would really love to create The Last Kingdom season 5. According to Marchant,

“I think all of us want to tell a story and it’s always much more satisfying if you can tell a complete story throughout all the various seasons. I think I speak for everyone when I say that we really do love making it.”

Obviously, if the show gets approval to renew for a fifth season, there’s no question that The Last Kingdom season 5 will air on Netflix.

Fans have shown their support

Fans are showing their support to renew The Last Kingdom season 5. Avid viewers of the series took to Twitter their petition for another season. Some fans are also suggesting ways to increase viewership. Apparently, Netflix reviews the streaming worth of a particular series before deciding to approve the renewal.

Not long now until we see Uhtred, Son of Uhtred and Young Uhtred, son of Uhtred, once more. It is fate. #TheLastKingdom pic.twitter.com/Gpse7QVDBi

Cindy Holland, Netflix’s original head content, asserted that the series must have enough viewers to take the series to another level. The number of viewers can really make an impact on the series’ status. In the case of The Last Kingdom season 5, Netflix will have to wait a month to check on its streaming worth.

What will happen to The Last Kingdom season 5

Although there is no confirmation on its renewal, Marchant already hints of the upcoming storyline. The producer hinted that there will be a story behind the union of the different kingdoms.

In the next season, Uhtred’s goal of taking back Bebbanburg might happen, however, new enemies might arise. The Last Kingdom season 5 might take Uhtred to Bebbanburg or he might stand with Wessex for another war.

5 ways parents can help children adjust to being at school...

Videogames or homework? Why not both, as ACMI has 75 game...

How many days a week in the office are enough? You...