Following its announcement, tons of rumors have been flying around about The Last of Us Part 2, ranging from its release date to its main storyline. And now, another one has been added to the pile.

The latest rumor involving the much-anticipated RPG talks about several aspects of the narrative, including deaths, villains, sexual orientation, and the mystery woman seen in one of the trailers. As the leaker would have it, Jesse – the Asian character seen talking with Ellie – is the one who was killed during one of the trailer missions.

The leak went on to say that Ellie and Joel’s relationship was strained due to the events that occurred in the first installment. But the duo eventually mended the rift between them as the story progresses.

However, the leaker claims that Joel ultimately dies just as his relationship with Ellie was starting to heal. The fiery protagonist then began to question her desire to exact vengeance on the Seraphites – the main antagonist of the game.

Leak’s veracity is questionable at best 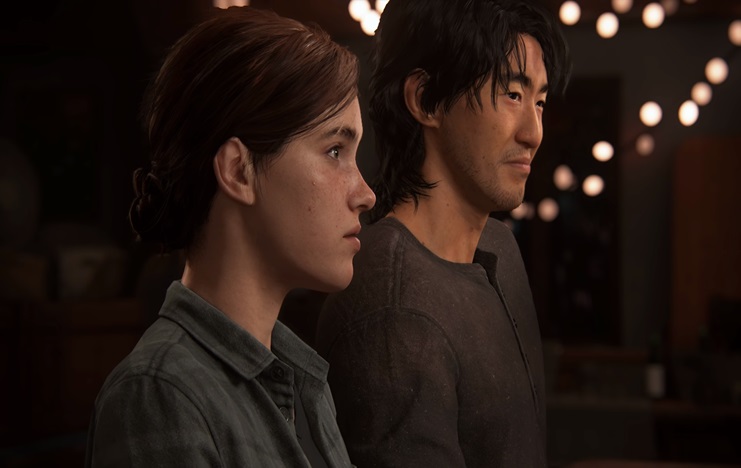 Several more narratives have been revealed by the leak, which can be found here. So what are the chances that this leak is authentic?

Well, given that it came from 4Chan, it’s best to take this one with a healthy dose of sodium. That site isn’t exactly a gleaming source of trusted information.

Besides, the post has already been deleted after it gained momentum, so the legitimacy – if there was any to be given with – is pretty much non-existent at this point. But if there’s one thing right that’s been nailed by the leaker, it’s the fact that The Last of Us Part 2’s narrative is going to be dark as obsidian.

Ashley Johnson – the voice actress of Ellie – previously said that shooting the game has been considerably taxing, both physically and emotionally. And the same sentiment was pretty much echoed by Troy Baker, the voice of Joel.

Baker also heaped praises on Neil Druckmann earlier this month and how the game director managed to piece together another supposed masterpiece. The voice actor recounted how awestruck he was when Druckmann first revealed the game’s entire narrative, Fandom reported.

“I think it was about a year after that when [Druckmann] said, ‘come to my house, I want to walk you through the story.’ And after about an hour he reached the end. At first, I was very diligent and taking notes, and I was like ‘Yes! All that’s great, I just want to make sure of…’ but by the end of it, I was silent — like I was sat at the feet of the greatest storyteller. It was an amazing story,” Baker shared.