There have been several games affected by the spread of COVID-19, resulting in delayed-release and disruptions in productions. Naughty Dog’s The Last of Us Part 2 and Amazon’s New World both got their launch hampered.

The latter was originally slated to come out in the spring but was moved to August instead, while the former has been delayed indefinitely. And now, Baldur’s Gate 3 has been added to the list.

Fortunately, production is still on-going, although Larian Studios is only operating at 70-80% capacity. Speaking to the New York Times, Larian chief executive Swen Vincke said that the pandemic didn’t affect their workflow at the beginning.

“The very first week, it went really well. Everyone had all the information they needed to just smoothly go work from home,” Vincke said.

However, as the weeks went on, problems began to arise. Parents needed to juggle between work and child care. Others were finding difficulty in working limited hours, affecting both productivity and team communication.

In fact, Vincke said that communication alone was one of the biggest concerns that they have to deal with. Another is motion capture, a problem that Vincke admitted they didn’t have a solution for. Voice acting is also off the table since the recording’s quality needs to be consistent with what’s already been completed by the team.

But again, Larian is still pushing on, and Baldur’s Gate 3’s original schedule for the early access will still land this year. However, it remains to be seen how much this pandemic will affect the ultimate release date of the title, especially since Larian is adamant in producing a gleaming product.

A spin on the rules 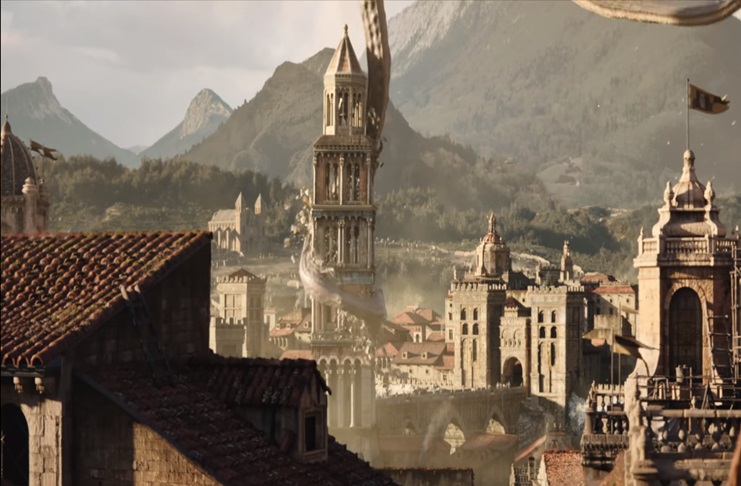 Baldur’s Gate 3 will be set in the iconic city of the same name, although the entire location will not be available for the players. The game will start outside of Baldur’s Gate, and it will take some time – more than 20 hours of gameplay – to reach the city walls.

The game will let players explore in real-time, but combat will be turn-based. As for the rules of the game, Vincke said they’ve put their own spin on it as the core of D&D is incredibly challenging to adopt in the video game platform.

“We’ll stay true to our roots, so we’ll give players lots of systems and lots of agency to use these systems and try to accomplish what you need to on your personal adventure and your party’s adventure. That’s not going to change; that’s the core of what we’re doing. But then there will be an interpretation of D&D, because if you port the core rules – we tried it – to a videogame, it doesn’t work,” Vincke said.