Home Gaming ‘The Last of Us’ Part 2 YouTube video leak source is identified... 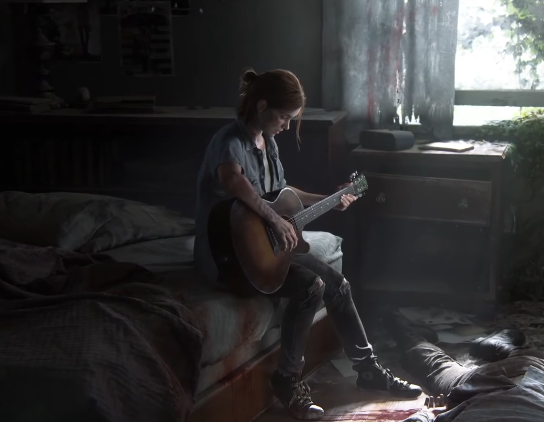 Sony announced that the source of the YouTube video leak on Naughty Dog’s The Last of Us Part 2 was already identified.

The popular action-horror survival game, The Last of Us which was first released in 2013, brings the gamer into the world of Joel and Ellie. Set in the apocalyptic era of the United States,  Joel and Ellie need to fight other humans who have become infected with fungal sickness.

Naughty Dog has already released other updated versions of the game including The Last of Us: Remastered, and The Last of Us: Left Behind.  Sony Computer Entertainment has set the game to be part of  The Last of Us game series for Sony’s PlayStations.

Sony identified the source of the leak

Just a week ago, a leak was seen across the online platform about the supposed gameplay of  The Last of Us Part 2. The leak showed the ending of the game which caught the attention of the  Naughty Dog and Sony.

As the week winds down, we're now 7 weeks away from the release of The Last of Us Part II on June 19! Thanks for all your patience and support. Since many have asked, pre-orders are now back on the @PlayStation Store: https://t.co/VFikycdWel

Stay safe and have a great weekend! pic.twitter.com/q9UsuzGVq8

Obviously, the leak created great damage to Naughty Dog and Sony but both parties had tried to fix the issue. The leak was initially thought to have been released by a dissatisfied employee of Naughty Dog.  However, a recent investigation done by Sony revealed that the leak was not internal.

Sony representatives explained that they will not disclose the information on the source of the leak. Furthermore, the leak of  The Last of Us Part 2 did not come from Naughty Dog or Sony’s premises.

SIE has identified the primary individuals responsible for the unauthorized release of TLOU2 assets. They are not affiliated with Naughty Dog or SIE.

What was the leak all about

The footage was first uploaded to Youtube and spread across other online websites.  The leak apparently featured Ellie, and other characters who are thought to be added later in the game. The game also revealed the important plot of The Last of Us Part 2, including cutscenes from what appears to be the internal build of the game.

Updated release dates: The Last of Us Part II and Ghost of Tsushima come to PS4 this summer: https://t.co/RvMfBI8nxL pic.twitter.com/5AAPgO6tFw

After seeing the leak of the Naughty Dog’s The Last of Us Part 2, gamers would apparently anticipate for more videos.  Gamers would probably want to look for essential things in the leak to play the game right.

When will Sony release The Last of Us Part 2

The Last of Us Part 2 is set to be released by Sony on June 19, 2020, and will be available in the PlayStation 4 platform as well.

Image Courtesy Of GameNews/Youtube Screenshot
Micky is a news site and does not provide trading, investing, or other financial advice. By using this website, you affirm that you have read and agree to abide by our Terms and Conditions.
Micky readers - you can get a 10% discount on trading fees on FTX and Binance when you sign up using the links above.