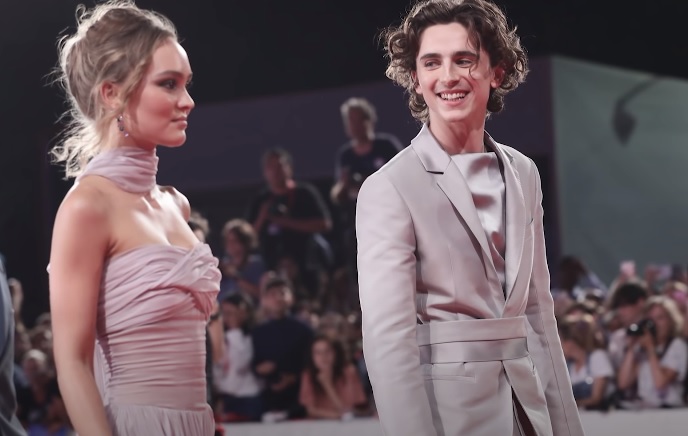 The Little Women starTimothee Chalamet has split up with his girlfriend Lily-Rose Depp after a year of dating.

Amid social distancing directives and community lockdowns, it appears that a lot of people’s romantic relationship have been struggling. Sadly, fans will have another reason to despair in 2020 because another celebrity couple have called it quits.

Timothee Chalamet is single once again

The Little Women star Timothee Chalamet and actress Lily Rose Depp have broken up after going out for over a year.

Lily-Rose Depp and Timothee Chalamet call it quits after one year of dating https://t.co/HZQkcs2dgZ

In Timothee’s appearance for the May 2020 issue of British Vogue, his relationship status was referred to as currently single. Details are scarce about their breakup because the in-depth discussion with the actor was focused on his career rather than his personal life.

However, there have been speculations that distance and busy schedules may have played a factor in their split. This is because Timothee  recently moved to London to star alongside Dame Eileen Atkins in the play 4,000 Miles.

Timothee and Lily first met on June 2018 when the principal photography of The King began.  Both starred on the film – Timothee as King Henry V and Lily as his wife,  Princess Catherine of Valois.

On September 2018, a fan shared a photograph of the pair taking a walk in NYC, months before rumors of their supposed romance came to light.

The following month, Depp and Chalamet took their relationship on another level. The couple was seen kissing in the pouring rain in New York city, like a scene from a cliché romantic film.

The next year, Timothee and Lily made their red carpet debut at the Venice Film Festival. While there was no apparent PDA, the pictures show them smiling and gazing into each other’s eyes.

A few days later, the co-stars were spotted making out aboard a boat in Capri, Italy. This was their last public moment before the breakup news.

In the coming months, Timothee has numerous movies heading to the theaters, including Dune and the highly-anticipated Wes Anderson movie The French Dispatch.

Prior to the coronavirus pandemic, the aforementioned films were slated to premiere within the next year, but the release dates are tentative because the world is currently in quarantine.

On the other hand, Depp will join Gary Oldman, Armie Hammer, and Evangeline Lilly in the opioid crisis thriller Dreamland that will premiere in 2020. She will also star in Neil Burger’s sci-fi thriller Voyagers and is set to reprise her Tusk and Yoga Hosers role in Moose Jaws.

Nonetheless, fans cannot wait to see both stars in their upcoming projects and are crossing their fingers to see them on the red carpet very soon.