Home Gaming ‘The Witcher 3’ celebrates 5th anniversary: what makes it a great?

The music video released on Twitter starred a lot of international musicians. However, players who have not yet finished The Witcher 3 must stay away from the video. It contains clips from cutscene in-game that contains spoilers.

Thank you for bringing back these fond memories! pic.twitter.com/inyMIlf2pl

The Witcher 3 continues to be one of the most suggested role-playing game until today. But what is the secret to the game’s longevity? Here are some reasons why it is considered the best game of all time.

CD Projekt Red did a great job in every detail in-game. Every NPC, despite not having a vital role, has been interesting. The communities inside the game do not feel dull with every character interacting with each other.

Even Geralt’s beard grows longer as the game passes by. He even needs to drop by the barbershop to have his beard cut.

Still not convinced? Maybe the children running, villagers gossiping, and drunk NPCs screaming at each other might be convincing enough.

The main story of The Witcher 3 is already enough to put in hundreds of hours playing. The side quests make it even better.

Some developers skimp on side quests. But not CD Projekt Red.

The Witcher 3 expansion packs add around 100 hours of playtime when installed. The additional quests make a unique experience. Some of these quests even have additional info on the game’s lore.

The developers clearly moved away from fillers and instead focused on providing quality content for players. This is the result of creators loving the game they make.

There are a lot of games that market itself as a choice-oriented game. They are at some point, but in the end, the story stays the same with minimal changes.

The Witcher 3 provides an in-depth take on the consequences inside the game. Whatever action the player does greatly affects the outcome of the game. This makes every player’s experience of the game unique.

Game choices do not only affect side quests but the main storyline as well. Feel free to choose whichever works best. 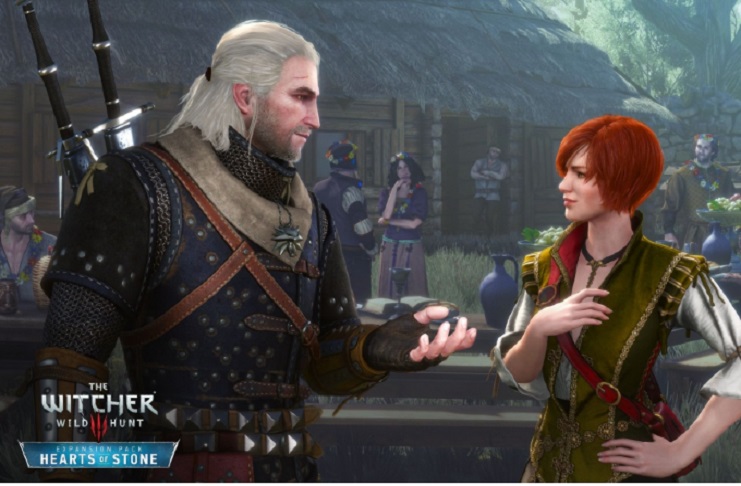 Besides the eye-candy graphics, The Witcher 3 has a deep storyline. It feels like a well-written novel that comes alive through the game.

It is even at par with Game of Thrones when it comes to writing. It induces different emotions such as joy, sorrow, shock, and a lot more.

The characters are well-written that as the game goes on, players make a connection. Some are reportedly sad that the game ended.

However, if that is the case, The Witcher 1 and 2 plus the novels are a great way to dive deeper into the lore. It also helps in knowing the characters more.

Downloadable content for games is released as a side story. However, the available DLCs for The Witcher 3 opens up a whole new world. Its file size is even at par with other AAA titles.

Other companies come out with a game that’s only 80% done and release the other content as a DLC. But CD Projekt Red has not taken that step and instead gives its 200% in creating The Witcher 3. It is 100% for the main game and another 100% for all the DLCs.

The company even released several additional contents for free. This is rare for a gaming company as pay-to-play is the norm for this kind of game.

In terms of pricing, CD Projet Red is generous as it only charges an additional US$10[AU$15]. But what do ten bucks bring?

The Heart and Stone DLC brings in an average of 15 hours of additional content. Time varies depending on the playstyle but that’s a lot for $10.

Meanwhile, the Blood and Wine DLC carry over at least 30 hours of additional content. This number of playtime already rivals other AAA titles.

What is next for The Witcher series?

There are reports that The Witcher 4 is coming soon. It will feature the story of Ciri – the child of destiny on The Witcher 3.

Other than that, it is a waiting game for the sequel.

In the meantime, Cyberpunk 2077 is another title from CD Projekt Red. It is a great game to play while waiting for the sequel of The Witcher 3.