The age of physical video games may soon come to an end in two or three years. At least that what Frontier CEO David Braben believes.

Frontier Developments isn’t new to the video game scene. The company has been around since 1994 and brought into existence games like the RollerCoaster Tycoon series and Elite Dangerous, a game that found success in all platforms.

Being a veteran in the industry, Frontier’s foresight may arguably hold some weight.

This isn’t the first time that someone claimed the end of all physical video games. This is a belief that is probably shared by many in varying levels of acceptance. But for Frontier CEO David Braben, this could happen in just a matter of a few years.

In the GamesIndustry.biz Investment Summit Online, Braben remarked on how the novel coronavirus pandemic has had an overwhelmingly positive effect on digital game sales. He believes that physical games would soon go away in a matter of years. Not only that, but he also claims the pandemic is speeding up the process.

David Braben: "Physical games will go away in two to three years" https://t.co/Mz1Oq9HQrR

“We’ve seen an acceleration in the transition from physical to digital,” he says. “That is a good thing. It’s probably two to three years before physical more or less goes away, and it’s probably accelerated that timescale a bit.”

Strauss Zelnick, the CEO of Take-Two, also shared the same sentiments. However, he doesn’t think physical games would go away. 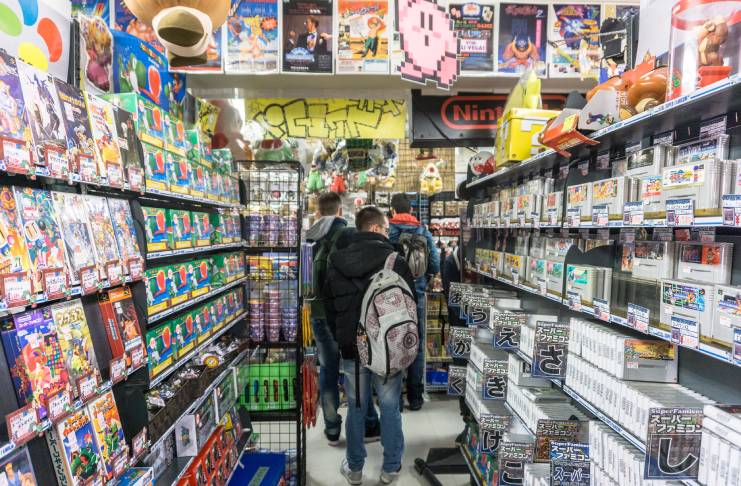 The pandemic is pushing people to play video games more. As governments implement lockdown restrictions and people are left stuck at home, there is nothing much to do. While countries are still trying to ease up on the restrictions, the gaming industry has already benefited from a massive game surge.

Both physical and digital game sales have increased exponentially during the first half of 2020. The Nintendo Switch, for example, saw record-breaking sales just for the first quarter of this year alone. This growth is furthered by the platform’s most popular game, Animal Crossing: New Horizons. The simulation game has broken records worldwide and has become a cultural phenomenon.

The Washington Post reports that gaming giants such as Activision, Microsoft, Nintendo, and Twitch had benefited greatly from the pandemic. Microsoft saw a 130% increase in its multi-player engagements, and its Game Pass subscription service grew to 10 million subscribers.

This is especially true for digital games. A recent report claims that the market for digital PC games alone will grow $4.9 billion in 2019 to $10.5 billion this year. That is a massive growth forecast.

Physical video games are still widely popular in this digital age. However, more people are accepting the convenience of digital games.