Dota 2 continues its goal of reaching out to its fan base after its developer, Valve Software, revealed that the game’s annual e-sports tournament known as The International (TI) will imitate the Olympics in choosing its next ‘host city’ for TI 2021. The announcement was made public yesterday alongside an in-depth request for proposal (RFP).

According to Valve’s RFP, in order to be considered, the city must have:

Tight security for the participants, organizers, and audiences should also be taken into consideration.

The submission of proposals is due on March 31, but on March 15, Valve will be taking questions in written form. This gives the chance for interested cities to polish their proposal and see if they meet the requirements set by the company.

Does your city want to host The International Dota 2 Championships?

In search of a world-class host

“Global viewership, international draw, and attendance rivals that of the NFL Superbowl, U.S. Open Golf Championship, and the Eurovision Song Contest,” is how Valve described The International.

With that kind of comparison, it is clear that the company is looking for a host that can provide a world-class experience for everyone.

Besides the prerequisites, the proposal explains The International and its achievements, such as the biggest prize pool in the history of e-sports. For city mayors or countries that are not familiar with the yearly tournament and e-sports yet, the value and benefits of hosting the annual competition are also included in the document.

“Each [of the previous host cities] has seen an influx of visitors (about half of the attendees) that patronize their hotels, restaurants and other tourist attractions,” says Valve.

In terms of benefit to the workforce, the developer cites that they source local laborers to handle the majority of the event. This includes catering, construction, security, marketing, transportation, entertainment, and many more. 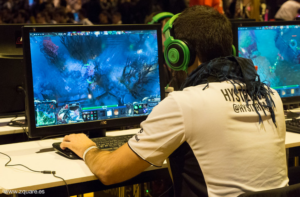 To further support their claim that there is a benefit for the host, Valve mentioned that The International held at Vancouver, British Columbia, Canada, in 2018 gained US$7.8 million [AU$11.8 million] into their economy throughout the event’s duration.

Increased hotel bookings, the influx of visitors to different tourist attractions, and heightened consumption of food and beverage contributed to that economic boost.

This year’s hosts Stockholm, Sweden is expected to earn pretty much the same or more, depending on the tournament’s production value this year.

The International was first held in 2011 in Cologne, Germany, during that year’s Gamescom. It served as Dota 2’s launch into the public, and it caught the world’s attention due to its $1.6 million prize pool. Participants for the tournament were the top 16 pro teams from Dota 1.

From 2012 to 2017, Seattle, Washington, housed the event. In 2013, the Dota 2 community started to contribute to its prize pool through battle passes.

Because of that, the prize pool grew from $1.6 million from TI1 and TI2 to $2.8 million last TI3. The trend of increasing prize pool continued until TI9, and it surpassed $34 million last year – the largest prize pool in the history of e-sports so far.