Home Blockchain TOKEN DREAMS: Will you buy this NBA basketballer?

Last month, professional basketball player Spencer Dinwiddie made headlines off the court when he announced plans to tokenize part of his $34.36 million contract and offer it to investors. Despite the National Basketball Association’s (NBA) reluctance to greenlight the project, those tokens are expected to go on sale on Monday, October 21, 2019.

The Brooklyn Nets point guard originally planned to launch the project earlier this week, however, given the recent implosion of relations between the NBA and China, Dinwiddie has decided to delay the launch by a week.

“According to recent reports, Spencer Dinwiddie intends to sell investors a ‘tokenized security’ that will be backed by his player contract. The described arrangement is prohibited by the C.B.A., which provides that ‘no player shall assign or otherwise transfer to any third party his right to receive compensation from the team under his uniform player contract,” a league spokesperson told the New York Times last month.

The NBA has retained legal counsel to look into the matter, but Dinwiddie maintains that his token offering does not violate the CBA.

“The jurisdiction doesn’t go further than once they pay me, it’s over,” he told Forbes.

“We’ve had multiple meetings with them, and besides them not liking a little bit of loss of control, legally there’s not much they can do about it.” 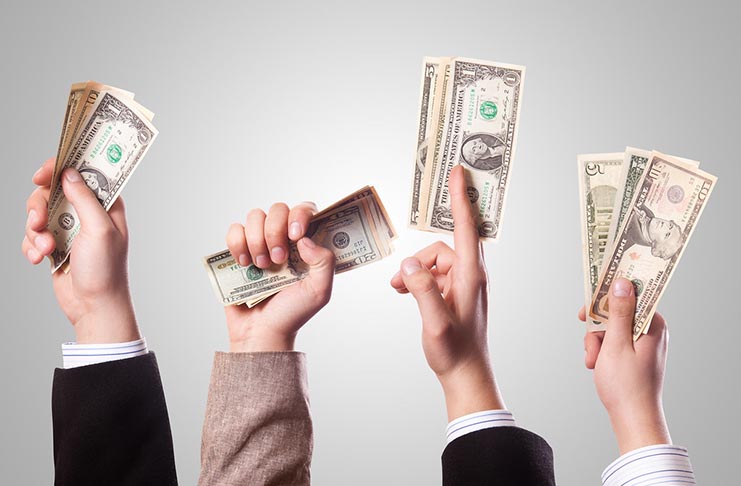 90 shares of Dinwiddie’s contract up for grabs

Per sources close to the matter, Spencer Dinwiddie is on the verge of putting his name in the history books as the first-ever professional basketball player to convert his NBA contract into a blockchain-based cryptocurrency.

If all goes as planned, Dinwiddie will offer 90 SD8 tokens to investors on Monday, October 21, on his new blockchain-powered investment platform called DREAM Fan Shares.

Specifically, the SD8 coins will only be available to qualified accredited investors who meet the stringent requirements of the U.S. Securities and Exchange Commission (SEC) as well as other legal standards, and the minimum investment amount is $150,000.

Beginning December 3, 2019, holders of SD8 coins will start receiving monthly payments in the form of Paxos Standard (PAX), the stablecoin from the stables of Paxos Trust Company.

However, investors will not be able to sell their SD8 coins to members of the public until after a year, at which time Dinwiddie will offer a flat bond that will make the security token available to roughly 10,000 investors.

Shooting for the moon

According to Dinwiddie, the primary objective of his cryptocurrency project is to revolutionize the way professional NBA players and athletes take charge of their brands and intellectual property.

Just as importantly, Dinwiddie has made it clear that he firmly believes that his DREAM Fan Shares platform will promote engagement between basketball fans, players, and teams, while also helping athletes to maintain the same standard of living long after they retire from sports.

“I feel like a lot of athletes; they establish a lifestyle that’s unsustainable once they’re out of the NBA or any league really,” he said.

If the project sees the light of day, Dinwiddie will receive a large part of his guaranteed $34 million contract upfront.

The 26-year-old player has hinted that a good number of professional athletes will be joining the blockchain bandwagon, just like him, if his project succeeds.

Despite the super volatile nature of blockchain-based digital assets, Dinwiddie has made it clear that the SD8 coin is designed in a transparent and fail-proof way that makes it almost impossible for investors to lose their hard-earned money.

“We made it virtually impossible for you to lose your funds. The only way I have [to lose] is if I get morally kicked out of the NBA,” he declared.

It is worth noting that the SD8 coin isn’t Dinwiddie’s first foray into cryptocurrency.

In a recent podcast with Off the Chain’s Anthony Pompliano, Dinwiddie said that he’d been turned onto Bitcoin by a friend of his who worked in finance back in 2014.

Dinwiddie also professed an interest in Tron (TRX), citing founder Justin Sun’s ties to Alibaba co-founder and former executive chairman Jack Ma as what sparked his interest in the cryptocurrency.

Alibaba’s other co-founder, Joseph Tsai, is the sole owner of the Brooklyn Nets, for whom Dinwiddie has played since December 2016.