Tom Hanks is now sharing his harrowing experience with COVID-19 and what it was like battling the disease. The actor recently spoke with The National Defense Radio Show, providing details of the symptoms that he and his wife, Rita Wilson, went through.

The 63-year-old highlighted the body aches and extreme fatigue he experienced during his recovery. And while his case was challenging enough, Wilson apparently had it worse.

“Rita went through a tougher time than I did. She had a much higher fever and she had some other symptoms. She lost her sense of taste and smell. She got absolutely no joy from food for a better part of three weeks,” Hanks shared.

Crawling to the facilities 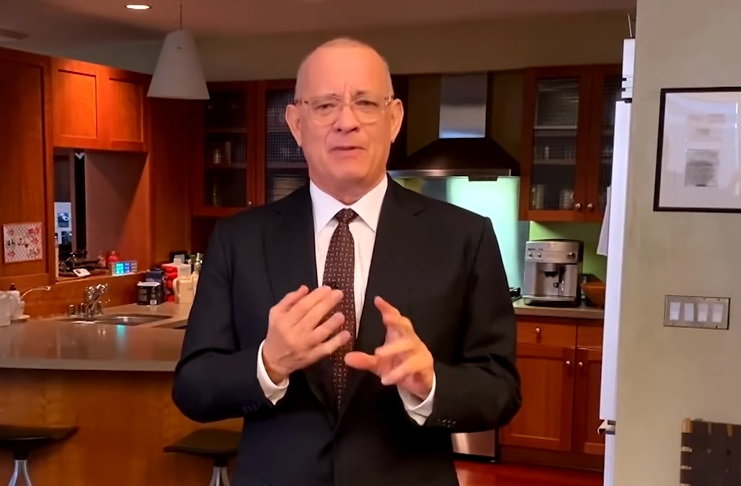 The Forrest Gump actor first revealed the news in an Instagram post on March 13, expressing his gratitude to the Australian health workers who’s been looking after them. The couple was quarantined in the Gold Coast University hospital for the better part of two weeks, where they were supposedly treated using the anti-malarial drugs chloroquine and hydroxychloroquine.

Hanks said that both the medication gave them extreme side effects like vertigo and muscle weakness. It was so severe that the actor said Rita had to crawl on the floor just to get to the facilities.

Basic exercises are extremely tough to do

The Cast Away actor also said that basic exercises were also extremely difficult to do, which isn’t surprising given that the disease significantly affects the lungs. Hanks said that he tried to pull off a 30-minute set during his recovery in the hospital but couldn’t make past 12.

“Whoever it was, a doctor or nurse, would come into our air pressurized, isolation rooms. She said, ‘How are you feeling?’ and I said, ‘I just had the weirdest thing. I just tried to do basic stretches and exercises on the floor and I couldn’t even get halfway through,” Hanks recounted. “And she looked at me through her glasses like she was talking to the dumbest human being. And she said, ‘You have COVID-19.’”

The couple eventually recovered from the ordeal and returned to Los Angeles in late March. At the time of writing, California is reporting over 31,000 confirmed cases of the virus, with over 1,000 deaths.

Meanwhile, the overall U.S. death toll from COVID-19 spiked to over 40,000, almost twice the number seen in Italy, Reuters reported. The number cases, on the other hand, ballooned to a staggering 750,000. Some experts are arguing that the number could be higher, given that there aren’t enough kits in the country to conduct mass testing.