Games of Thrones star Emilia Clarke is headlining a new horror anthology film called Murder Manual, and its official trailer is now out.

The anthology film is a co-production of Ammo Content and Hewes Pictures. Apart from its main star Emilia Clarke, the movie also features Maria Olsen (from Percy Jackson and The Olympians), Bryan Manley Davis (The Devil’s Well), and Hadley Fraser (The Legend of Tarzan).

Killer stories with a twist

True to its anthology film format, Murder Manual serves up a healthy dose of scary stories involving murder, madness, and much, much worse.

There have been many impressive horror anthology film releases in recent years, most notably the V/H/S movies within the last decade, 2012’s The ABCs of Death, 2017’s XX, and 2015’s Southbound.

But most of these anthologies only offer individual stories that aren’t necessarily connected to each other.

This year’s Murder Manual though aims to sort of subvert that format by compiling tales that could stand on their own, but are connected to each other, and can be combined to create an entire movie with cohesive parts.

It’s certainly a tricky feat to accomplish, even more so when the horror anthology film also reaches for diversity, especially in not only offering the usual slasher movie killer but also the undead and even supernatural baddies. 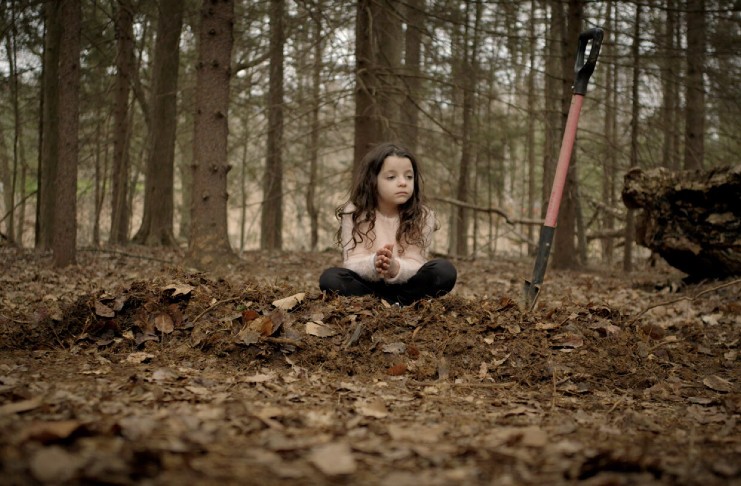 Looking at the horror anthology film’s cast, Emilia Clarke may be the most recognizable among the names.

She continues to take full advantage of the popularity she has gained through her breakthrough role as Daenerys Targaryen, also known as Khaleesi of the Great Grass Sea, Queen of the Dothraki, and Mother of Dragons, in the hit HBO show Game of Thrones.

Her portrayal of Dany saw Clarke amass a ton of Primetime Emmy Award nominations for Outstanding Lead Actress and Supporting Actress in a Drama Series in recent years, not to mention several high-profile roles in big-screen releases.

Recently, she has been taking on genre projects ranging from action films (as Sarah Connor in 2015’s Terminator Genisys) and science fiction movies (as Qi’ra in 2018’s Solo: A Star Wars Story).

Through Murder Manual, she now has a golden opportunity to add the horror film genre to her expanding portfolio of movie projects.

As seen on the trailer, Clarke’s character is being held captive by a circus, whose idea of fun may not be that family-friendly.

For those who want to know if she survives or not, they can now stream Murder Manual through Amazon right now.