Epic Games has finally confirmed that American rapper Travis Scott will be launching his Astronomical tour in Fortnite from April 23 to April 25.

Inspired by Cactus Jack’s creations, Scott’s Astronomical in-game tour is sort of a virtual concert happening inside Fortnite over a three-day period. The exact dates are as follows (with doors opening 30 minutes before the scheduled time):

Astronomical featuring @trvisXX is coming at you multiple times later this week ???? For your local time zone, check https://t.co/7sSufbW0mm pic.twitter.com/gjyZdbctf5

What in-game items to expect

This means that players of Fortnite will now be able to use a new Travis Scott skin, as well as the Grammy-nominated singer’s outfits and emotes, among other in-game items.

It also bears noting that for those who will be attending any one of the Astronomical dates mentioned above, they will be getting an Astroworld Cyclone Glider, plus a couple of loading screens, free of charge. 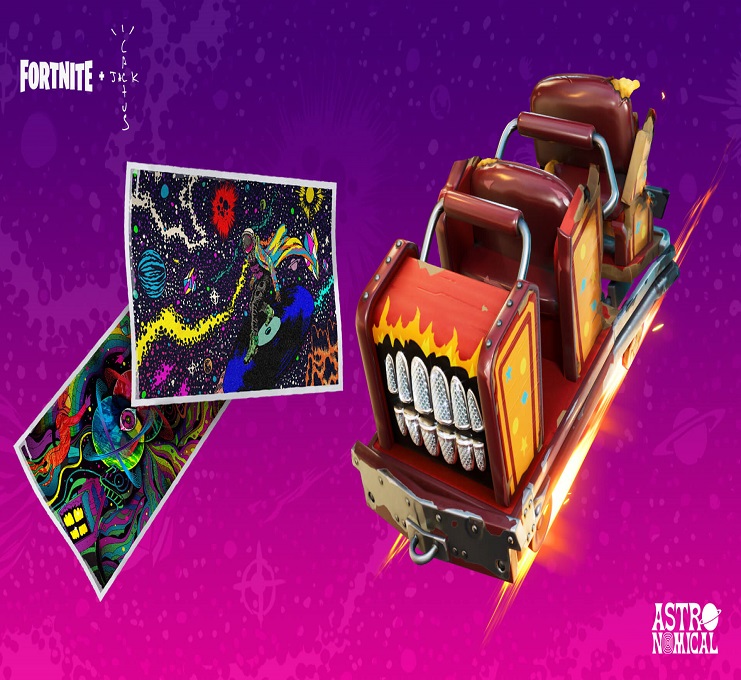 It is no secret that Travis Scott is a fan of Fortnite. As a matter of fact, the recording artist joined pro-gamer Tyler Blevins (aka Ninja), Juju Smith-Schuster (FaZeJuJu_19), and rap superstar Drake (TheBoyDuddus) for some Fortnite action more than a month ago, shattering the record for most-viewed Twitch stream ever.

Travis Scott’s Astronomical tour is not the first virtual concert to happen inside Fortnite. Over a couple of months ago, EDM producer Marshmello had done a live in-game show, giving gamers a short but efficient 10-minute set.

For that show, what Epic Games did was roll out a game mode specifically designed for the concert.

The games developer company also deactivated the use of weapons for the whole Marshmello set, which meant that players could focus solely on the musical event for 10 minutes before going back to survival mode.

So far, the month of April has been an active one for the sandbox shooter game.

The last few weeks have seen Fortnite debut a new Deadpool skin, while also confirming an extension for its Season 2.

Unfortunately, it also had to deal with a wave of defecting pro-gamers lately. Still, the game remains as popular as ever, despite growing competition from other similar Battle Royale titles.