Tristan Thompson, reportedly, signed a contract that he would pay AU$15.1 million every time he cheated on Khloe Kardashian.

Khloe Kardashian and Tristan Thompson have seemingly maintained a good relationship as “co-parents” to their daughter, True. Despite all the dramas and scandals that have plagued the family, the former couple has reportedly moved forward for the sake of their kid.

It is not a thing to learn that the NBA player has had a “wandering eye,” as per reports. Even in his previous relationships, he is a “player,” sources said.

Tristan Thompson was in a relationship when he met Khloe Kardashian. His former partner was even pregnant when the two started to date.

With this narrative, several claims alleged that the NBA star cheated on his then-partner with the Keeping Up celebrity, according to Cheat Sheet. However, the former couple, later on, reportedly clarified that they started to date when Tristan was already single, despite expecting his child from his previous relationship.

He cheated on Khloe a year after

In 2017, Khloe Kardashian became pregnant with True. After formally announcing her pregnancy, Tristan Thompson became the center of many headlines as witnesses reportedly caught him “kissing” two women at a hookah lounge.

The situation got “messy,” especially when the videos of the incident went viral. But, contrary to what the fans and followers thought, Khloe stayed with Tristan and forgave him. 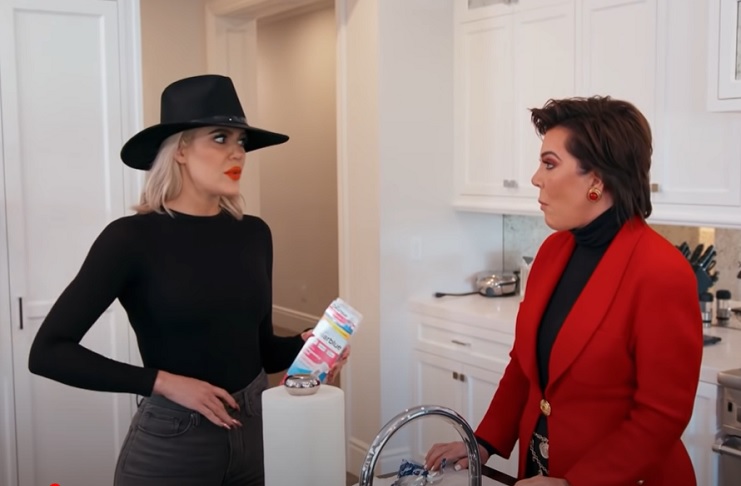 After giving birth to their daughter, True, Khloe Kardashian’s “momager,” Kris Jenner had Tristan Thompson signed a deal, according to Hollywood Life. Sources reportedly revealed that the NBA player has to put $10 million in a “trust” for True.

The “insider” also went on to share that the contract features a “clause” in the totality of the agreement requiring Tristan to add another $10 million in the trust whenever they catch him cheating on Khloe again. The publication pointed out that Kris Jenner’s move was “smart.”

As stated, the NBA star has a net worth of $20 million with annual pay of $15 million. So, signing the deal and breaking the clause will entail a possible bankruptcy on his end, which is just logical why the momager did it, the reports added.

He cheated with Jordyn Woods in 2019

It remains unknown whether the clause or the agreement is factual. But, in 2019, Tristan Thompson was caught in another cheating scandal with Kylie Jenner’s then-best friend, Jordyn Woods.

This time, though, Khloe Kardashian called it “quits” and broke up with the NBA player. The family also cut their ties with Jordyn Woods, who reportedly became a part of the family since then.

Fans and supporters “sided” with Khloe and the rest of the Kardashian-Jenner household amid the cheating scandal. However, things reportedly have changed recently. The reason being is that rumors of getting back together have continued to emerge between the Good American founder and Tristan Thompson.

Images courtesy of Keeping Up With The Kardashians/YouTube Screenshot